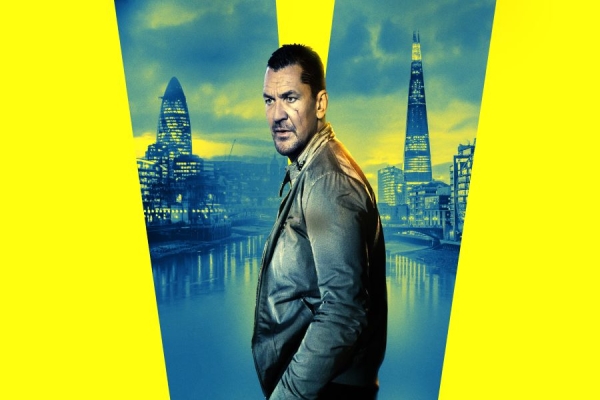 Villain is a tale of circumstance. Its formula is one that you may have come to expect in movies within the genre. But, this does not in anyway demean it.

The script is how you expect for a current drama, the tale although familiar to fans of East end gangster type movies and tales that are of a violent nature - you can not help nod with respect at the main character – an anti-hero who is an aging hard man whose served his time and wishes for a fresh and clean start. Needless to say, when the pressures of the old life are knocking on the door it is clear there isn’t much choice. The film is about family and preservation all packaged into a movie that has a tragic tale at its heart.

Written by Greg Hall, and George Russo. (Russo also stars in the film.) The film achieves in a slick manner to give the viewer a gritty tale that has a cast of British actors who provide enough authenticity that you are soon immersed into an entertaining tale. Craig Fairbrass puts in a very solid performance as the main character Eddie Franks, Russo plays his somewhat naive and out of his depth younger brother Sean – whose coke habit and wrong choices have brought the wrath of the local Gangsters to his doorstep. The kingpin and his sidekick who run the local manor, are played by Robert Glenister as the brains of the outfit, and by Tomi May as the muscle respectively. The pair together are a believable and formidable duo who you really should not cross. As the tale develops and the past is revealed, we find out Eddie has an estranged daughter and a new grandchild. All he wants now he is out of prison is to try and rebuild bridges. It is clear his daughter, played brilliantly Izuku Hoyle doesn’t want anything to do with him. She has had to fend for herself, and she blames Eddie as much for the death of her mother as, cancer that actually took her.

The guilt that Eddie feels is clear to see, and he can only make things right by her by trying to support her the only way he knows how. As things spiral and become more intense so Eddie is resigned to his fate and plans to rid his brother of his debt to the Gangsters, and provide some sort of security for his daughter before disappearing abroad. There are other elements however that prove to be the undoing of this plan. All I can say is, from the moral standpoint is that in the short-term crime can pay and be a shortcut to solutions – but karma always has its way. The end of the film shows that being a villain rarely ends well – and the final scene of the movie serves to show that age-old tale of generations, where the alpha male gets challenged by those who are younger and the impulse of that upstart is less likely to think of the consequences of their actions. Villain is a combination of an old-school gangster flick, a neo-Noir mixed with gritty reality. One thing I noticed was Eddie’s daughter’s hoodie at the end of the film. It was white with bold letters in black going across the front of the top saying blanc. The subtle nod to the fact life is never simply black and white, and couldn’t be more appropriate or telling.

Villain is available to watch now on Netflix.