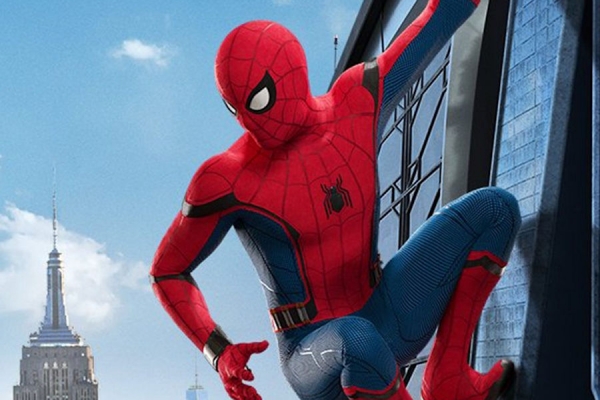 (Spoiler-free but contains Avengers: Endgame spoilers. Do we still have to say that? When do these things time out? You know the boat sinks in Titanic, right?)

The story so far is that they messed up this latest reboot with the very first film, Homecoming, which was great fun and gave good Spidey, but it had Tony Stark give Peter Parker like a gazillion dollars worth of super-suit from the off and adopt him into the Avengers. So how's Peter ever going to have to hold down a zero-hours journalism contract flogging photos to J. Jonah Jameson of the Daily Bugle to make ends meet? And "Aunt" May was let in on the secret identity, so how's he ever going to have to balance saving the world with not getting grounded on Prom Night?

For me, what both these gripes boil down to is, how is he going to walk a lonely path alone? We are so into "sharing" at this cultural moment, so against keeping secrets, that none of the tsunami of superhero movies take the "secret identity" part seriously; as though targeting people's loved ones is something you can always forestall while saving the day, or as if they'll be ok because your lover and your gran have done some karate lessons and are awesome empowered minor characters, or something. Me, my first childhood hero was Bond, followed by Batman and then into adulthood with Morpheus and John Constantine and Dashiell Hammett's detectives, and good or bad taste in white male role models aside, you know why these guys? Because a hero walks alone, that's why. My eight-year-old self has never let this superficially-attractive psychological archetype go. No emotional incontinence there. The first of Sam Raimi's Spider-Man films had more balls than all the last decade's put together, not that it was any better, but for that bit where Peter just blanks MJ and *walks* because the mission comes first. Somewhere in the back of my head when stuff gets sentimental I hear Johnny Rotten spitting "People who need people are the stupidest of people". 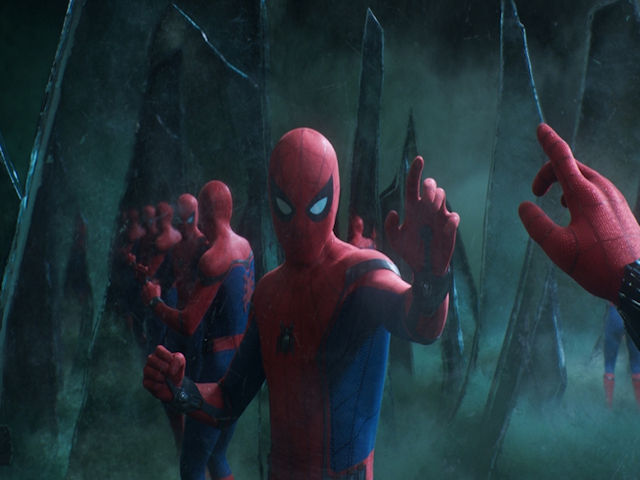 Anyway, back to the film. My point being, that for all that, it's excellent, it makes delicious lemonade from the lemons. Tom Holland has charm and is given just enough wisecracks to be Spidey (although they could be more generous, did you guys see Into The Spider-Verse?, now that was Spider-Man dialogue) and he does that naive teenage thing he does in the comics of genuinely asking a villain why they feel the need to be such a douchebag. He runs out of web fluid at a critical juncture, like in those Saturday morning cartoons of your youth. And although Tony Stark has gazumped Uncle Ben in Peter's father-figure-issues - Ben is just initialled on a suitcase now - this Peter does seem genuinely lost in the flood of unasked responsibility and eager to latch onto someone still in the land of the living for understanding. Nick Fury uses him shamelessly, putting his classmates in the danger zone to motivate him, no less than the villain targets them to intimidate him. And for extra-literary bonus points, they have had some success linking the style of the villain to this point in Peter's development (although don't get excited, it ain't E. M. bloody Forster).

One of the Gyllenhaals is in it, not Maggie the hot one from Secretary, the other one, the one with the beard, and he's good as interdimensional elemental-battler Mysterio - MYSTERIO!!! I was so happy, mist-filled globe-helmet and all - and they haven't screwed it up, they've done a pretty awesome Mysterio plot and I was just one huge grin in seat E12. Even some Mysterio scenes that might come across as naff to an unbiased viewer were, to me at least, fondly remembered from cartoons and comics. And the Marvel dialogue was reliably funny as per, with a lovely in-joke for Dungeons & Dragooners, plus some good jokes for real people. And I love how Spidey moves, he just runs across a flooding canal at one point on the tops of pier-posts and finishes with a vault from a gondolier's pole, it may suck having nothing to throw at a fire elemental but web fluid, but he's still the superhero you most want to be when you see him somersault with careless grace onto a rooftop to hang out. 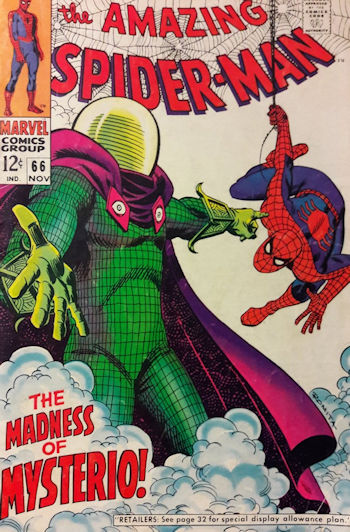 To return to the daddy-issues for a postscript. Funny, fitting somehow, the way Stan Lee managed to die shortly before the Marvel universe went into mourning for Stark. I'm not accusing the inspired old hack of one last great bit of dramatic timing in support of the franchise, but I do get a nebulous feeling that when they're remembering Tony, they're remembering Stan.

(My ten-year-old nephew is more cut up about Black Widow. Me too, kid.)