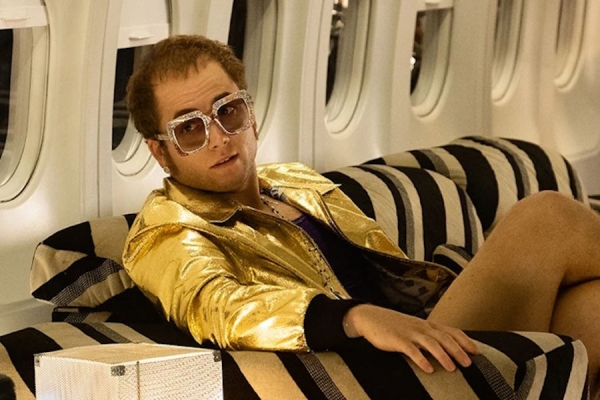 Another rock biopic, this time the story of Sir Eton Hercules John Esq., (Taron Egerton). Not something I was particularly looking forward to, especially after Bohemian Rhapsody,

but I was pleasantly and, if I am honest, mercifully surprised. Not just a homage to the giant personality of Reginald Dwight Superstar but a real story which is magically transformed onto the silver screen in a highly entertaining musical.

Elton is in rehab reflecting on his unhappy childhood, meteoric rise to stardom, sexuality and addictions along the way. Plenty opportunity to match Benny Taupin’s (Jamie Bell) lyrics to film’s soundtrack and sung by Taron Egerton. Superb cast in full support with Bryce Dallas Howard, as Elton’s wretched mother, my particular favourite, but there are plenty other villains, including John Reid (Richard Madden), the Svengali music manager (with a genuine Scottish accent). It is a little overlong in the telling (121 minutes), but all the more enjoyable because of the soundtrack and George Richmond’s cinematography. Well worth seeing.