Romper Stomper – The Film and TV Series Revised on ZANI 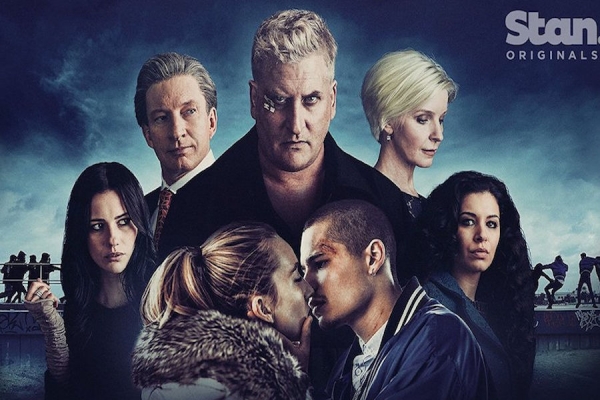 In November 1992 Romper Stomper was released, a film about a gang of Neo-Nazis skinheads, led by then rising star Russell Crowe as Hando, with Daniel Pollock as Davey, his right-hand man. With Cackles (Daniel Wyllie), Bubs (James McKenna), Champ (Eric Mueck) and a handful more making up the numbers in Hando’s gang. Yet the one man that Hando bows down to, as do the rest of the gang, is the older, more brutal and more organised Neo-Nazi skinhead, Magoo, (John Brumpton), a nickname given to him as he wears glasses.

Romper Stomper starts in their hometown of Melbourne Australia, with the gang attacking an innocent trio of Vietnamese Australian teenagers, who in turn seek revenge with more members from their community, forcing the gang to go on the run after their hide out is, rightly so, burnt down by the Vietnamese. After finding a new hideout in a disowned warehouse, the gang meet Gabrielle, played by seasoned Australian actress Jacqueline McKenzie. Gabrielle is on the run from her abusive father. 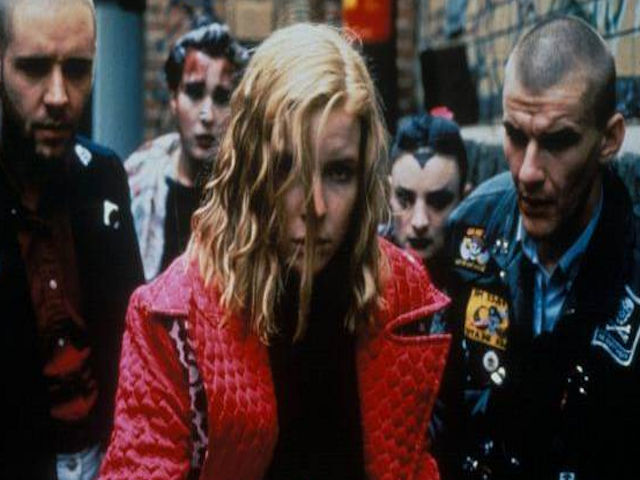 A love triangle emerges between Hando, Davey and Gabriella, with Davey starting to question his ideology and brutal ways. Whilst the rest of the gang seek havoc across Melbourne, including an attack on Gabrielle’s abusive father and his home.

Sadly, Romper Stomper was to be Pollock’s last film, as he was battling depression whilst facing the possibility of a prison sentence. Pollock ended his life by walking in front of a train at Newtown railway station Sydney prior to the release of Romper Stomper, aged 23. Such a tragedy, as Pollock was a talented and handsome actor, who surely would have been as successful as his close friend Crowe, who would later write a song as a tribute to his friend, The Night That Davey Hit the Train.

Romper Stomper went on to become a national and international hit, as it is controversial and explosive, thanks to the raw and brutal performances from all the cast, and the engaging yet disturbing narrative from director, Geoffrey Wright.

Wright loosely based Romper Stomper on convicted murderer Dane Sweetman, a Melbourne Neo-Nazi skinhead, who axe-murdered a fellow skinhead at a party to celebrate Adolf Hitler's birthday, and the rise of hate crimes in his hometown of Melbourne, which in the early nineties were strongly denied by the local media. Since its release Romper Stomper has gone further than being a cult classic, but a morality tale of the rise of racism, without preaching and being politically correct. 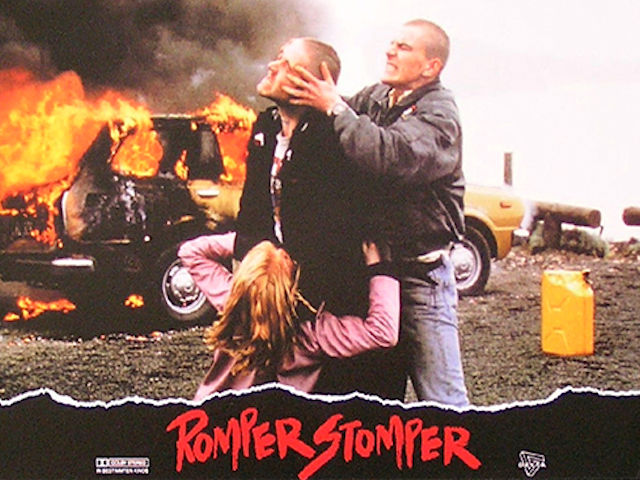 With the world sadly getting more divided than before, be it religion, race, gender, ideology and more, it was only fitting that Geoffrey Wright should make a TV Series of Romper Stomper. Unlike the TV series of other great and classic Australian films, Picnic at Hanging Rock and Animal Kingdom, Romper Stomper is not an expansion of the original film, but a sequel, set twenty-five years later from the original.

In the six-part TV series, Patriot Blue, an anti-Islamic group, led by the charismatic and sociopath Blake Farron (Lachy Hulme), is a more organised, profit making, media savvy and better dressed ‘gang’, than Hando’s boots and braces mob, that just pounded the pavement. Yet to be fair, modern technology wasn’t readily available to the everyman in 1992.

As Hando was stabbed to death by Davey in the film, Crowe is unable to reprise his role, and due to the death of Pollock, the character Davey does not re-emerge. Yet Cackles (Dan Wylie), is now an icon to the young and impressionable far right of Melbourne, time has certainly not mellowed Cackles, if anything he is more racist than he was in the 20th Century. Magoo (Brumpton) also resurfaces, and time has certainly darkened his soul, as he is actively involved in training and recruiting new white supremacists, as well as plotting terrorist attacks and assassinations. The third and final actor to appear in the TV series, is Gabriella (Jacqueline McKenzie), who has turned her back on her former life. Now called Gabe, a high-flying corporate executive, who visits her once abusive father in an old people’s home. Yet Gabe’s visits are not out of love, but to execute revenge on her one-time abuser, as Gabe tortures him in his room, whilst making sure the staff doesn’t witness her acts. Yet Gabe’s biggest concern is her son Kane (Toby Wallace), who has recently joined the feared and brutal Patriot Blue. Gabe will do whatever it takes to prevent her offspring from going down the same right-wing route she and his perceived father, Hando did.

How three of the original characters have changed, two for the worse and one for the slightly better, is certainly true to life, as many still hold to their ways and ideology of their youth, and the abuse of one’s past still hurts the victim in the present.

However, Romper Stomper, the sequel that is a TV series, is not just about the lives of some of the key characters from the original film twenty-five years later. The follow up is a tale that focuses on the growing problem of the world becoming more divided, and with no solution in place to bring about peace. Peace isn’t some sixties long-haired hippy, smoking pot and doing the reversed victory sign whilst listening to The Doors, it is now a matter of survival, and to me, Romper Stomper illustrates sadly this.

Unlike the original, which just focuses on Hando and his gang, the sequel interweaves with the groups that conflict with each other, the far right, the anti-fascist revolutionaries and a group of Muslims that reside but cannot live in harmony in Melbourne. The new cast, be it David Wenham as Jago Zorić, a right-wing talk-show host, Lily Sullivan as Petra, the leader of the anti-fascist group Antifasc, or Nicole Chamoun as Laila Taheer, a young Muslim and headstrong law student, all give genuine and sensitive performances, that make Romper Stomper a powerhouse of a TV series to view.

Originally aired at the start in 2018 in Australia, with the streaming service Stan, then in the UK on BBC 3 this summer. Romper Stomper is now available on DVD, Amazon Prime, Google Play and YouTube. It is not a fun-loving binge-watching, curled up on the sofa experience but a thought-provoking and haunting TV series, in short, a good drama.