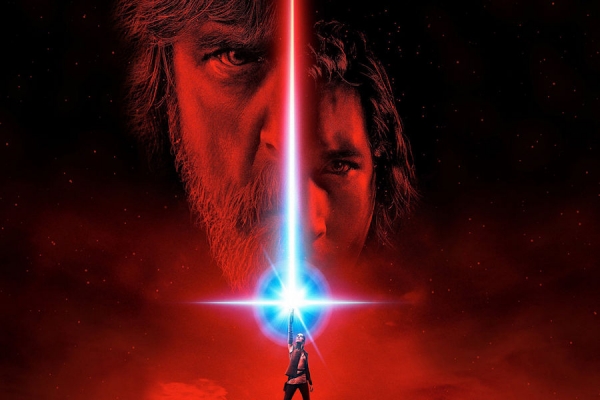 One of the most anticipated films of 2017 is now upon us and totally lives up to the hype! Star Wars: Episode VIII – The Last Jedi is a tour de ‘force’ (excuse the pun) of epic action blockbuster cinematic filmmaking, that leaves the audience on the edge of their seats and hungry for next episode in the Space Saga!

Kicking off not long after the events of 2015’s Star Wars: Episode VII - The Force Awakens, The Last Jedi begins with Poe Dameron (played by Oscar Isaac) leading a daring attack against the Sinister First Order’s Fleet for the resistance in his X-wing fighter with his faithful droid BB-8, against the orders of General Leia Organa (played by the late great Carrie Fisher). Poe manages to annoy and ‘wind-up’ General Armitage Hux (Domhnall Gleeson) along the way.

Meanwhile Rey (played by the beautiful and captivating Daisy Ridley), Chewbacca and R2-D2 using the Millennium Falcon find the Legendary Last Jedi, Luke Skywalker (played by Mark Hamill in his finest performance as Luke) on the planet of Ahch and try to convince him to help the Resistance by joining his sister Leia, to take down the First Order and defeat Kylo Ren/ Ben Solo (played with a haunting domineer by Adam Driver) and Supreme Leader Snoke (played by Andy Serkis). 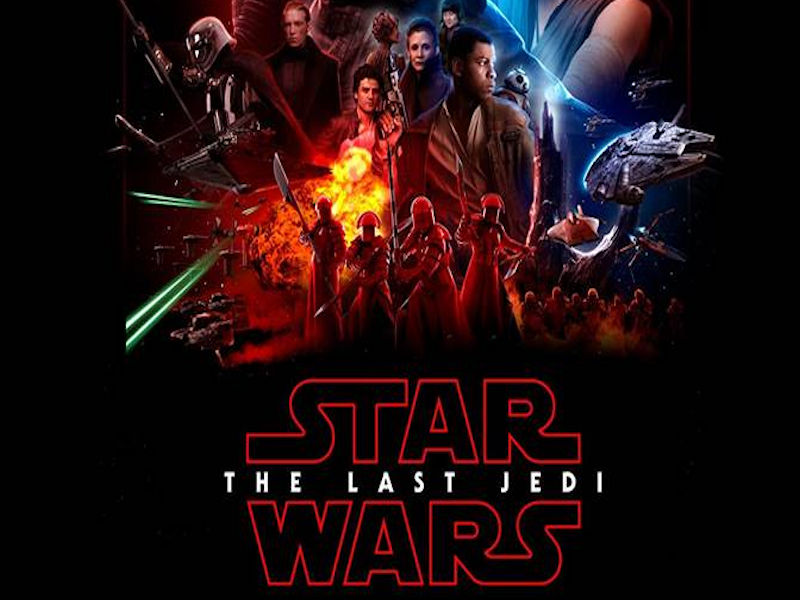 Luke tells Rey “This is not going to go the way you think…” a line which proves to be true for just about every plot tread, every scene and every moment for the entire film. Mark Hamill and Daisy Ridley play off each other well, expressing a strange mix of frustration, empathy and respect for one another resulting in something more interesting than the predicted master student relationship we have seen before.

Other noteworthy performances in the ensemble cast include the return of John Boyega as Finn, Gwendoline Christie as Captain Phasma and Billie Lourd in a bigger role as Lieutenant Connix. Joining them is the introduction of new characters to the saga played by Kelly Marie Tran as Rose, Laura Dern as Vice Admiral Holdo, Benicio Del Toro as the mysterious DJ and British comedy legend Adrian Edmondson as Captain Peavey.

Writer and Director, Rian Johnson does a tremendous job of packing genuine shocks and surprises throughout the Last Jedi leading to a thrilling, funny and emotional film which brings the audience closer to the action like never before. Johnson’s writing and direction shatters preconceived fan theories and predictions by using the knowledge and criticism of the previous seven episodes in the Star Wars saga and creating an original film, which will no doubt beat worldwide box office records. With an incredibly brilliant original score from legendary musician John Williams, and beautiful Cinematography by Rian Johnson’s faithful collaborator, Steve Yedlin, The Last Jedi works marvelously well in both 2D and 3D formats.