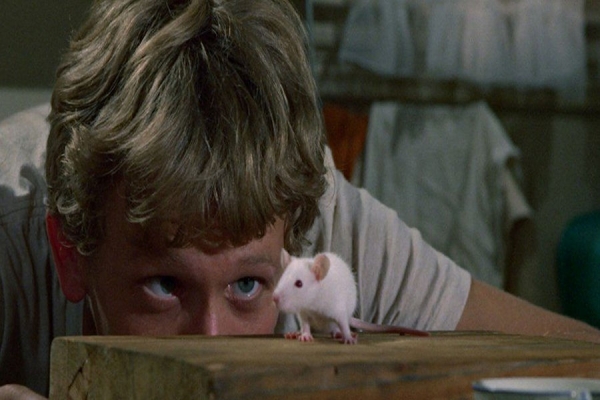 Willard is the traditional story of a socially awkward boy befriending a wild animal, yet with a menacing twist.

Released in 1971, based on Stephen Gilbert’s short story The Ratman's Notebooks, (1969) directed by Daniel Mann (Our Man Flint, The Revengers, The Last Angry Man). Screenplay written by Gilbert Ralston (The Hunting Party, Naked City, Ben Casey) and starring a fresh-faced Bruce Davison (X-Men, The Strawberry Statement, The Jerusalem File), with seasoned pro Ernest Borgnine (Marty, The Poseidon Adventure, The Dirty Dozen) and also, perhaps the first queen of horror, Elsa Lanchester (Bride of Frankenstein, Murder by Death, Passport to Destiny) and rising star, Sondra Locke (Any Which Way You Can, The Second Coming of Suzanne, The Gauntlet).

Willard opens with a spectacular cinematic shot of men working at industrial furnaces within a factory on a hot summer’s day in Los Angeles. With easy listening elevator music as the sound track. inciting a productive and prosperous mood to the film, yet the ambience quickly changes when we see a handsome yet shabby young man, Willard Stiles (Davison) leaving the office above the factory in an anxious manner. As he is walking along a car pulls up with two men, the window opens and one of the men, Al Martin (Borgnine) orders Willard to have some invoices ready by Monday morning 09.00 sharp. The thuggish yet flamboyant Martin drives off to enjoy his weekend, leaving the down trodden Willard to make his journey home alone via public transport. Yet home life doesn’t offer Willard any consolation as his domineering, yet devoted, mother Henrietta Stiles (Lanchester) wants to know where he has been, wishes him a happy birthday and then gives young Willard a list of chores, from mowing the lawn to exterminating the family of rats that are living at the bottom of the garden of their once beautiful Californian gothic style house. 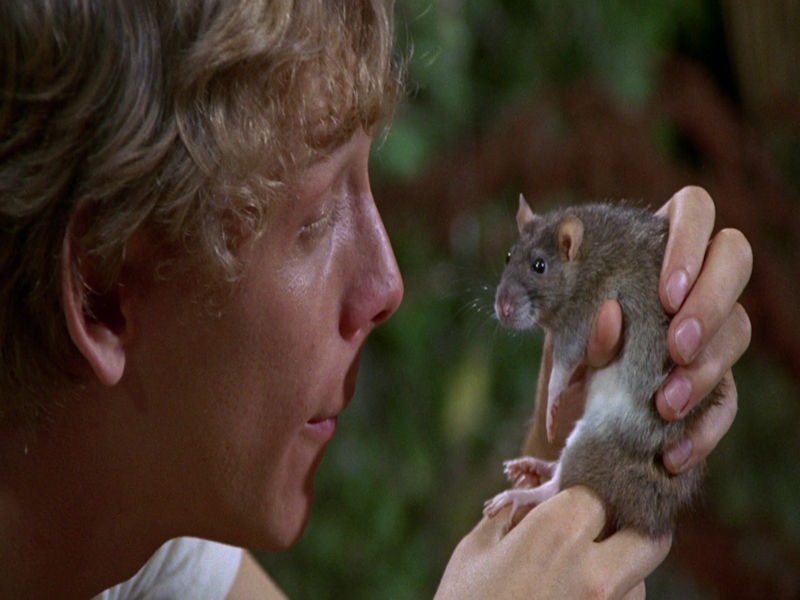 It soon transpires that Willard should own the factory, as it was his father that founded it only to be swindled out of the factory before his death by Martin. Like Hamlet to a degree, a humanity of decay created by deception is portrayed. Unlike Hamlet, Willard’s father wasn’t murdered by Martin, well we don’t know that, yet we do know what is rightfully Willard’s has been stolen from him by the greedy and ruthless Martin.

Feeling melancholy, Willard retreats into the Stiles’ putrefying garden to kill the family of rats by drowning them in the disused swimming pool. Yet as the water nearly reaches the rats, Willard has a change of heart. The first rat he names is the mother Queenie and her white offspring soon becomes Willard’s favourite and friend, Socrates. For a while life makes sense for Willard, enhanced further by a pretty ‘California Girl’ temp, brought in to help him at work. Joan (Locke) soon becomes his friend and potential girlfriend. Whilst he has found bliss, Willard encourages the rats to breed and starts to teach them tricks, then a huge black rat appears out of nowhere, which Willard names Ben. After the death of Socrates, killed by Martin in the factory’s stationery cupboard, due to Willard sneaking the two rats into work in his briefcase and letting them loose in the cupboard, Willard’s and Ben’s world is shattered. Both want revenge on Martin, in doing so a fight for leadership is declared, man versus rat.

The tone of Willard gets darker as the film goes along, like a good Elizabethan and Jacobean revenge tragedy, it is a voyage into the abyss against the backdrop of the American Dream. Willard’s insanity increases when his mother dies of natural causes, allowing him to spend more time with the rats. Overall the film is a slow burner, yet in doing so the plot and characters, as well as the rats, especially Socrates and Ben, unravel. In terms of set, filming, dialogue and fashion the film, of course, seems dated with the feel of a 1970’s TV film, which is no surprise as director Mann and writer Ralston had a huge experience within this field. Yet the attitude and the plot of the film is timeless and eerie, as it could be going on right now, with your next-door neighbour breeding an army of killer rats. Willard features many memorable and iconic scenes, from Willard ordering an attack on Martin by yelling ‘Tear him up’ to his army of rats, and to Ben reading the instructions on the box of rat poison and warning his ‘muroidea friends’ in the film’s climax. 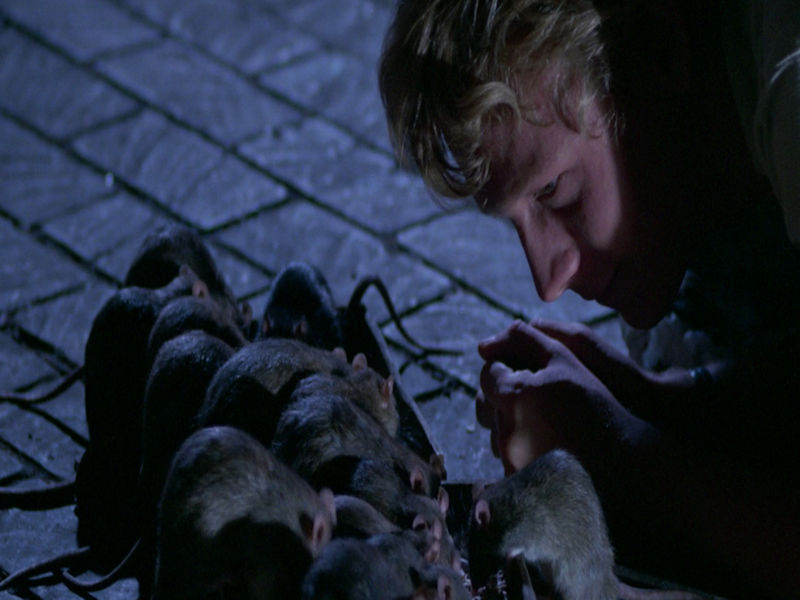 Willard was a huge box office success, a horror story set in modern society, be it in the suburbs or the city, like Rosemary’s Baby, novel, 1966, and film, 1968. The story of a beautiful young hip mother giving birth to the devil’s son in uptown New York City. Rosemary’s Baby was perhaps one of the pioneers in bringing the genre of horror into the present and everyday life. Scaring the younger generation is a highly profitable business for production companies, in this case, Bing Crosby Films. A name you don’t often associate with horror.

The sequel, Ben, was released the following year, 1972, and picks up directly from where Willard ends. Without being a plot spoiler, I think it is safe to say who won the battle of survival between man versus rat, by the film title alone. Ben opens with officers from the Los Angeles Police Department led by Detectives Cliff Kirtland ( Joseph Campanella ; Spiderman Animation Series 1994 – 1997 voice of The Lizard/ Dr Curt Connors, The Bold and the Beautiful, Mannix) and Joe Greer ( Kaz Garas; Strange Report, Mean Creek, Fast Gun) and local journalist Bill Hatfield (Arthur O'Connell ; 7 Faces of Dr Lao, Fantastic Voyage, Anatomy of a Murder), investigating the death of a young man at the Stiles’ home and discussing the death of Al Martin, with the conclusion they were both killed by rats, which, along with Ben, are hiding in a wall’s partition. Their deduction is heightened further when Kirtland discovers Willard’s journal, (The Ratman's Notebooks). The sinister tones of Willard returns. 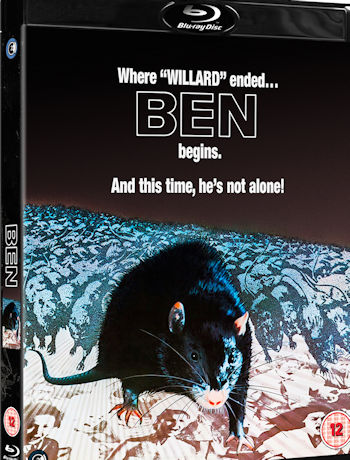 Hatfield the journalist manages to sweet talk Detective Kirtland out of the journal and the following morning all of LA knows about Ben and his army of killer rats, causing panic across the City of Angels. Not that the media likes to scare the public, oh no, their role in society is to give us the news, nothing more and nothing less.

Then Ben moves from a horror film to a Disney type family film, with the introduction of eleven year old Danny Garrison (Lee Montgomery ;The Million Dollar Duck, Burnt Offerings, The Legend of Wolf Lodge,), his ‘All American Girl’ older sister, Eve Garrison (Meredith Baxter ;Family Ties, The Night That Panicked America, All the President's Men ) and their mother, Beth Garrison (Rosemary Murphy; The Savages, To Kill a Mockingbird, George Washington), who live next door to the house of the now deceased Willard. It transpires that Danny has a heart condition, recently lost his father and is unable to play with other children due to his health. Therefore, he finds solace in his huge workshop where, at such a youthful age, Danny is experienced in making and performing with marionettes. This is where Ben, taking a break from causing chaos, wanders in. Being the caring child that Danny is, he befriends the rat and after hearing of the newspaper’s gossip, he realises that the rat is in fact the infamous Ben.

Ben like Willard, studies humans bonding with animals. Yet unlike Willard, where the relationship between Willard and Ben turns to warfare after the death of Socrates, the relationship between Danny and Ben grows with love each day. An excellent concept of a child seeing beauty, where the adults don’t. Yet the execution is dated, not just because of the era, but of the acting of the child. That is a not a slur on Lee Montgomery as he was a sought-after child actor of the 70’s, yet child actors have changed a great deal since that decade, less jazz hands and more darker roles. Perhaps Tatum O'Neal as the young con artist Addie Loggins in Paper Moon aged ten, along with her father Ryan was the game changer for child actors? 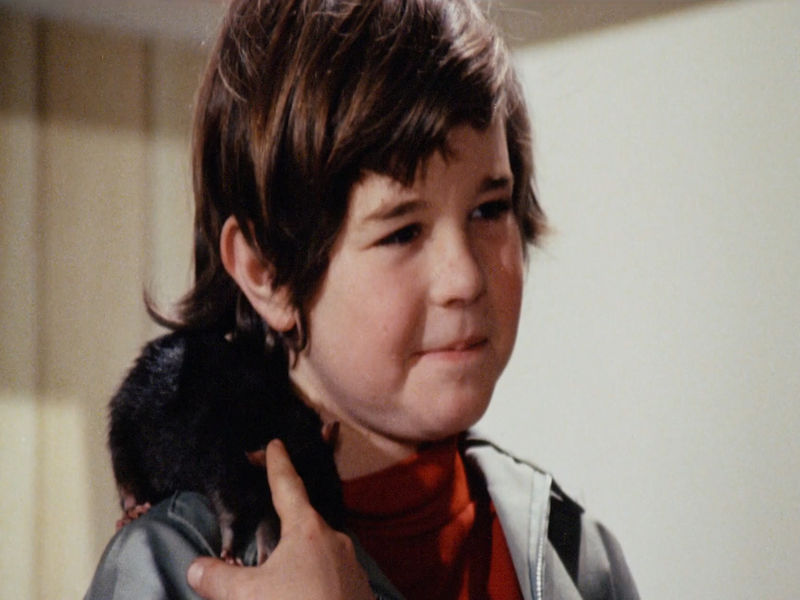 The change in style was not due to a change of script writer, as Ralston penned the sequel, but maybe director Phil Karlson (Walking Tall, The Silencers, Rampage). However, Karlson was a director with a reputation for delivering brutal and fast paced films, maybe Bing himself wanted to make the film more sensitive, who knows? Yet once you are familiarised with Danny and Ben’s relationship, Ben moves at a rapid pace, with more killings and attacks. With Detectives Kirtland Greer in hot pursuit of the rats, with a trail that leads them to Danny resulting in a climatic ending in the sewer with humans armed with flame throwers and fleeing rats, in which the viewers are cheering the rats on just like with the Planet of the Apes films, where we favour the animals.

Ben ends on a truly poignant note with Danny in tears when he sees his best friend Ben survive the cull and he returns to his workshop. Then we hear the young Michael Jackson singing beautifully the opening lyrics to the famous hit ‘Ben’s Song’, ‘Ben, the two of us need look no more, we both found what we were looking for’, it’s hard not to hold back the tears as the credits start to roll.

Willard and Ben, are well worth a view if you love cult classics, urban horrors or a lover of 70’s cinema. Both are out now for the first time as a box set, due to popular demand. The box set features a host of extras, from original trailers, commentaries and interviews. My favourites are the interviews with Willard (Bruce Davison) and Danny (Lee Montgomery) who are both proud, and rightly so, to have appeared in Willard and Ben respectively. Davison states he only really got the part as when he was introduced to Ben after the audition, the rat licked Davison’s face, giving his seal of approval to the production team. Whilst Montgomery informs us that Davison, along with Socrates, visited the set of Ben at the start of filming, I suppose the original stars wanted to see that the sequel was in good hands. 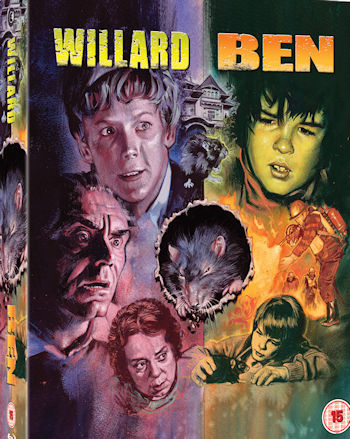