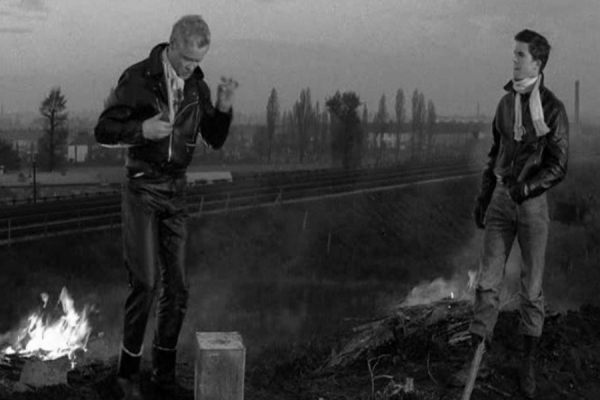 Mention The Leather Boys and it’s likely only a few would associate the phrase with a milestone in British gay cinema.

Challenging and thought-provoking, the film’s undoubtedly the first homespun picture to reflect gay dynamics in a realistically and imaginative fashion. Unleashed during the 1960s “kitchen sink” era, The Leather Boys is clearly a landmark moment within the genre.

The landscape that shadowed The Leather Boys was an austere and frequently brutal period. Dominated by a cabal of reactionary politicians, corrupt police and aged judiciary, gay rights was a reality that appeared light years away. Predictably, British visual media made pitiful attempts to reflect gay lifestyles beyond hysterical stereotypes. While Dirk Bogarde’s Victim (1961) detailed the seamier side of sexuality blackmail, few dared to explore wider realms.

Ironically, it would be 29-year-old director, Canadian Sidney J. Furie, who’d explore the lifestyle with a greater clarity. Relocating to London as British movie-making was undergoing something of a renaissance, Furie had directed Cliff Richard’s musical, The Young Ones, but it was his 1961 movie The Boys that revealed his instinctive understanding of youth culture. In 1962 Furie had been handed a script adapted from Gillian Freeman’s novel The Leather Boys. Detailing gay life within London’s biker community, the book had been commissioned by publisher Anthony Blonde with a directive to present a “Romeo and Romeo in the South London suburbs.” 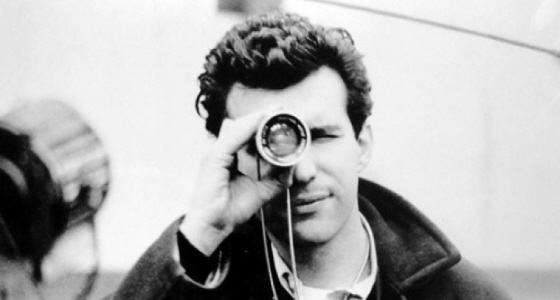 Proving ripe for exploration, the script went into production. Aware of censors’ quivering antennas, the novel was radically reworked, although much of the attendant atmosphere was maintained. The resulting storyline detailed a landscape that for many was a harsh reality. In it, teenage lovebirds from across the tracks, Reg and Dot (Colin Campbell and Rita Tushingham) rush into a marriage based purely on instinct; Reg for unlimited sex and Dot to escape the inevitability of work. Reality soon crashing in, the union disintegrates, leaving Reg to indulge his passion of motorcycling and Dot to look elsewhere. Striking a friendship with Brandoesque biker Pete (Dudley Sutton), the pair get on famously, although where Pete’s intensions lie is not immediately apparent. Suspicious of their close alliance, Dot makes a renewed charge for her man – first claiming she is pregnant, and then casting suspicious doubt on Reg’s friendship with Pete. While Dot succeeds in pulling Reg back, the reunion is short lived. Finding Dot with another man, Reg takes up Pete’s offer for a life at sea. However, when Pete’s sexuality is inadvertently revealed by some old seafaring cohorts, Reg exits to ponder his own future and loyalties. Roll the credits...

Having worked his way up cinema’s cosmopolitan ladder, the director was eminently placed to process the film’s subject matter sensitively. “I was the perfect guy to direct the film,” recalls Furie today. “I had no prejudice, only against the people who were prejudiced. It was pretty daring for it day, but there had to be a consideration to the censor. Had it been drawn specifically from the book, it would have been banned from British cinemas.” 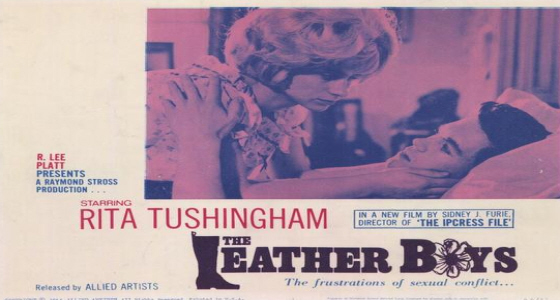 “Some people absolutely believed that there was no such thing as same-sex relationships,” says leading lady Rita Tushingham on the environment The Leather Boys arrived in. “People were failing to acknowledge it, but to me it all seemed quite normal. But the world outside believed that nothing like this went on. In a sense, you were in a glass room looking out at people who felt it didn’t touch their lives.”

Dudley Sutton, who as “Pete” carried much of the film’s emotional weight, recalls his first exposure to the storyline. “My first reaction when Sidney (Furie) offered me the part was to say, ‘I will play it, but I will not play it camp.’ Because up until then any showings of gay men in the film and theatre industry had been as a camp joke, and I thought it was offensive. I’d seen far too many of my gay friends suffer.”

The movie’s visual core was the Ace Café, a no-frills eaterie situated on London’s North Circular Road and a traditional gathering point for motorcyclists. Given the film’s modest budget, rehearsals were often restricted prior to a take. This would call on the actors to dig deep into their own psyches to best define their character’s often complex behaviours and reactions. 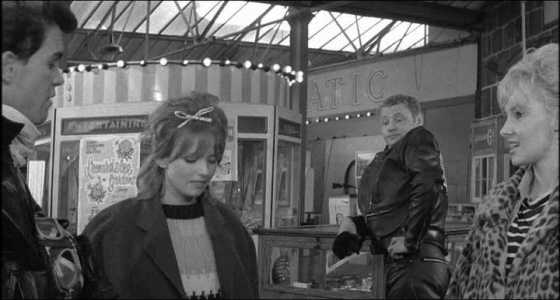 “On the first day of shooting,” recalls Dudley Sutton, “I was ad-libbing a scene, and the producer Raymond Stross came onto the set and said, “You’re not queer enough,” and I replied, ‘Oh you mean you want it more camp?!’ and I grabbed him and pushed him out the door. Sidney (Furie) said to me, ‘You’ve just destroyed your career, that was the producer!’ and I said, ‘I don’t give a fuck,” and apparently Stross went upstairs and said, “For £90 a week, I’ve got a genius.”

While upbeat on the acting and direction, critics shied away from The Leather Boys’ more profound themes. The abundance of challenging sixties films ensured the film remained something of a curio until more enlightened times would contextualise its influence.

This renaissance would start to blossom in the 1980s. Enigmatic singer and unashamed fan Morrissey would insert sequences of the movie into a video for The Smiths’ track “Girlfriend In A Coma”, and place a still of leading man Colin Campbell on the single of “William It Was Really Nothing”. Others too were championing the film’s vibrant legacy.

“That a British film of the early 1960s about working-class youth could show a gay man who isn't obviously camp or sinister is quite remarkable,” says legendary club DJ Jay Strongman. “It's a fascinating film that beautifully captures a long lost era of British working-class life and youth culture and manages to portray homosexuality with maturity and a matter-of-factness that was very unusual in its day.” 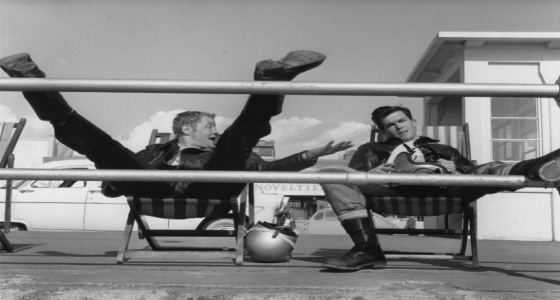 One of Britain’s most influential gay films, the movie regularly comes under the scrutiny of critics and scholars. “In British films in the early 1960s the vogue for ‘kitchen sink dramas’ included several that featured gay characters who were portrayed sympathetically and more realistically than before,” reveals Stephen Bourne, author of Brief Encounters (1996), the ground-breaking study of gays and lesbians in early British cinema. “Until then most gay characters were effeminate, wrist-flapping comic caricatures. The Leather Boys was one of the first films to suggest a gay relationship was a serious possibility, and this was several years before homosexuality was decriminalised. Although the relationship of Reggie and Pete is more homosocial than homosexual, for gay cinema-goers in 1964 it was the closest they had come to seeing a gay relationship on the big screen.”

50 years on, The Leather Boys has found a comfortable niche in cyberspace. “The film is so special,” says David Barnett, administrator of the film’s Facebook site. “It was so far ahead of it time and has helped me to change a part of my life as a biker - all that leather and gay subtext going on was so subtle. It resonates with me through my love of biking, the cool image of the gear. The gay aspect of the film is important to me as it is not a judgemental portrayal, it's sympathetic. I love the empathy I have with the film.”