A Brief History of Greenwich Village

The area which is now Greenwich Village was once marshland and 16th century Native Americans referred to it as Sapokanikan ("tobacco field"). After the Dutch settlers drove the Indians off the land they cleared it and turned it into pasture. This they called Noortwyck but when the English invaded the Dutch settlement of New Netherland in 1664 they renamed the hamlet, Greenwich. The Village became a thriving community separate from the larger and faster growing city of New York and was officially recognised as a village in 1712. A State Prison was built in 1786 and remained in use for thirty years before it was superseded by Sing Sing. The oldest house in the Village dates from 1799. During the yellow fever epidemics of the 18th and 19th century, of which there were several, many people fled the city to the clean air of Greenwich. Although some returned others stayed and the population grew into a thriving community. By the time New York was reconstructed into a modern high rise city the streets and buildings of Greenwich Village were exempt from the new city grid plan based on the Commissioner’s Plan (1811). Consequently the streets are named and are narrow and curve at odd angles. The rows of 19th-century buildings provide a sharp contrast to the hi-rise landscape in Mid and Downtown Manhattan. 19th century Greenwich Village was better known as Washington Square or the Empire Ward and contained a large section of historic interest which is protected by the New York City Landmarks Preservation Commission. Currently there are over 2,000 historically significant buildings. 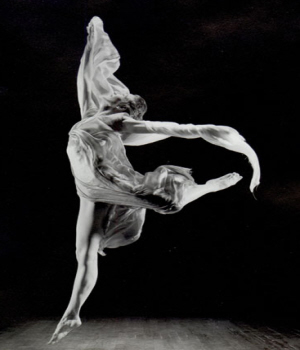 By the mid 19th and early 20th century Greenwich Village had become a haven for bohemians (untraditional lifestyles – usually promiscuous) and home of alternative culture. Bohemians were usually impoverished artists, writers, musicians and actors who associated themselves with unorthodox or anti-establishment political or social viewpoints. Always at the forefront of new movements and ideas, whether political, artistic, or cultural the Village became a Mecca for the eccentric and artisans seeking cheap rental accommodation. The King of the Village Bohemians was Maxwell Bodenheim but other high profile personalities included Joseph Ferdinand Gould, Isadora Duncan, and writer Eugene O'Neill among many others.

By the 50s a community of writers, poets, artists, and students (later known as the Beats) established themselves in Greenwich Village. Such notables writers as Jack Kerouac, Allen Ginsberg , and William S. Burroughs. Poets; Dylan Thomas and E E Cummings; and painters; Jackson Pollock, Robert Maxwell and Hasper Johns were all local residents when the Beat Movement was in full swing.

A decade later the Village became the Mecca for Folk Music with dozens of clubs and coffee houses where folk luminaries such as the Mammas and Pappas, Peter, Paul, and Mary, Simon and Garfunkel, Dave Van Ronk, Joan Baez, Tom Paxton and Bob Dylan, lived, met and played.

The Village has long been the underground jazz scene of NY and its bustling clubs and theatres has seen many budding stars perform, including: Barbra Streisand, Jackson Browne, Eric Andersen, The Velvet Underground, Richie Havens, Maria Muldaur, Phil Ochs, Jimi Hendrix and Nina Simone. The vibrant night life of the Village attracted the ‘happening crowd’ with clubs like the Dom. In 1966 artist Andy Warhol and Paul Morrissey (director of many Warhol's films) opened the "Dom" with the house band The Velvet Underground. The associated light shows were instantly accepted by the hippie’s keen of the hallucinogenic effects. Later the club became the Electric Circus which was described as the ultimate mixed-media pleasure dome.

Sixties Village club scene not only was home for hippies, helped launch disco, but also provided the springboard for underground and punk music. The Velvet Underground, The Grateful Dead, The Allman Brothers, The Doors, Sly and the Family Stone, the Chambers Brothers have all played at the Electric Circus. The club closed its doors in 1970 after it was fire bombed. A major renovation has subsequently eliminated the ballroom and converted the building into apartments and retail space. Another club popular in the late 60s was the Mercer Arts Center where the New York Dolls performed.

In 1969 a series of spontaneous, violent demonstrations against a police raid that took place at the Stonewall Inn in Greenwich Village. This disturbance is oft cited as the beginning of Gay Rights Movement (Gay Liberation). Until this time Police raids on gay bars was routine in the 1960s, but when gay residents of Greenwich Village resisted homophobic harassment by the authorities, as was their right, activist groups strived to establish places for gays and lesbians to congregate. Part of which was the club scene where discotheques and disco became vogue.

Ironically, what provided the initial attractive character of the community eventually contributed to its gentrification and commercialization. The high costs of residency made it impossible for artists of the starving class to live there and by the 70s the Village was changing. By the late sixties both John and Yoko and Jimi Hendrix (Electric Lady sound studios) had established residential recording studios in the Village. Celebrities flocked to Greenwich Village and it became a residential area and home to upper middle class families. Now Julianne Moore, Liv Tyler, Uma Thurman, the late Philip Seymour Hoffman, Matthew Broderick and Amy Sedaris all own houses in Greenwich Village. 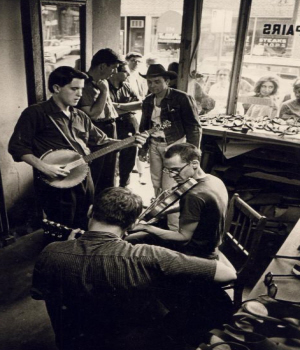