In Search of Running Rein 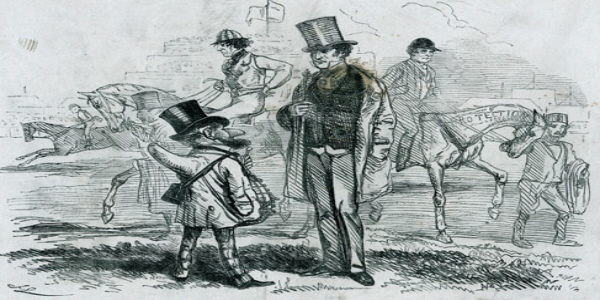 I have to admit I did have a chuckle at the recent melee at Ascot, because for so long horse racing has been perceived as a noble and sophisticated sporting event which isn’t attended by drunken yobs. Yet there is a history attached to the game that is dark.  Such as the brutality of the race track gangs which were a social problem right up until the middle of the 20th Century, plus vast gambling scams and there was no bigger betting coup then The Epsom Derby of 1844.


Author Tony Byles has certainly done some painstaking research to retell the yarn, and the events before and after the race, as he takes us into a world of deceit, brutality, villains, noblemen, gambling dens, horses staking themselves by accident in the excitement after winning a race and a society gripped by betting fever. 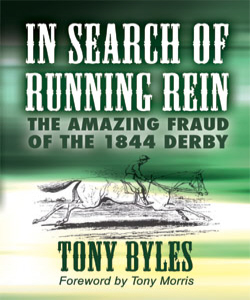 Yet even when the villain, Goodman, enters the plot, you are unable to hiss and boo because you are overwhelmed with his bravery and ingenious planning, as he planned the event two years prior to the race date.

Goodman’s behaviour and actions did not go unnoticed as Lord George Bentinck was suspicious of Goodman from the onset. Acting like a detective by following his every move, and when Running Rein did win, Lord Bentinck encouraged the owner of Orlando, the horse that came second, to lodge a complaint.

Bentinck, himself, was certainly a known character within the world of horse racing, and like the values of the Victorian age of righteousness and accountability, Bentinck wanted to squash the Georgian age values of debauchery and overindulgence. Bentinck himself introduced the first smoking enclosure at a sporting event, by roping off an area at a race track, so it did not to upset the ladies who did not smoke. So maybe Bentinck and Goodman are symbolic of two ages clashing publicly.


So the celebrations by Goodman and his merry gang were short lived, as there was a steward’s inquiry. This led to a long drawn out court case, which saw men again scheme in order to protect their skin.

The trial became major news across England, as thousands upon thousands of the gambling public waited with baited breath, to see if Orlando or Running Rein was the eventual winner and in doing so, they could claim their winnings. In addition, the trial became the ideal opportunity for the government to tighten gambling laws, enforce stronger administration and raid smaller gambling dens.

This book is certainly worthy reading, paced out like a court trial and reads like a Victorian detective novel.  It is an interesting combination of history, suspense, court room drama and thriller. It would make an ideal film or TV series, and the origin of the book itself is beautiful, as it was Byles’s daughter, Georgina, who brought awareness to her father, when she came across a box of original documents concerning the great scandal. So when Byles read these papers, he turned detective himself and in return has produced a warm, witty and intelligent insight into a part of sporting history the world of horse racing would rather forget. 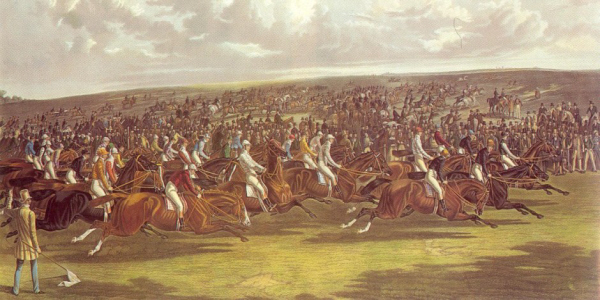