Born Don Vliet was born in 1941 in Glendale, California. He was a gifted child and began painting and sculpting at the age of three. Aged nine, he was declared a child prodigy by the Portuguese sculptor, Augustinio Rodriguez. Despite his obvious talent his parents did not encourage him and moved to Lancaster in the Mojave Desert, outside Los Angles, Don was 13. According to the artist he was offered an art scholarship to study in


Europe but his parents declined. As a young teenager he taught himself saxophone and harmonica and listened intently to Delta and Chicago Blues as well as jazz. He joined a local band called the Omens and played R&B, later he moved to the Blackouts where Frank Zappa was the drummer. They became very good friends and began collaborating on pop song parodies and recorded a demo as the Soots. No-one showed any interest but the lads continued with a movie script called ‘Captain Beef heart vs. the Grunt People.’ Efforts to shoot the movie failed and after Frank Zappa lost interest he founded the Mothers of Invention. Don enrolled at Art College but only stayed for a short time before eking a living selling vacuum cleaners then managing a shoe shop. In 1965, he returned to the Mojave area where he was asked to join a local band called Magic Band. He had a four-and-one-half octave vocal range and was able to imitate the deep voice of Howlin' Wolf perfectly. 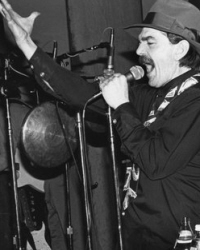 Don believed he was an ancestor of Peter Van Vliet, a Dutch painter who knew Rembrandt, and became Don Van Vliet aka Captain Beefheart. Beefheart was a name used by his uncle when referring to his penis. The inaugural Magic Band line up was Alex St. Clair (guitar) and Doug Moon (guitar), Jerry Handley (bass) and Paul Blakely (drummer) with Don on vocals. They became a popular local blues and rock outfit and Captain Beefheart and his Magic Band signed to A&M and released two singles in 1966. The first single was a version of Bo Diddley's "Diddy Wah Diddy," it became a regional hit in Los Angeles. The follow up, "Moonchild" (penned by David Gates) was less well received. Their album was considered too alternative by the studio and the band was dropped by their record label. Late in 1966 the band signed to Buddah Records. There were changes to the Magic Band with John "Drumbo" French replacing Paul Blakely on drums; Antennae Jimmy Semens came in for Doug Moon and the addition of Ry Cooder completed the new line up. Safe as Milk was released in 1967 and met with critical acclaim.

Not exactly mainstream it was certainly rock avant-garde rock. It was almost ignored in the US but became an underground classic in Europe and the UK. A follow up tour of Germany, France and the UK was a great success. Meantime, Strictly Personal was released. The album had been remixed by producer, Bob Krasnow without Beefheart's approval. This caused the artist much strife. Van Vliet was never easy to work with and already Ry Cooder, then Alex St. Claire and Jerry Handley left the band due to artistic differences. Van Vliet took umbrage and withdrew from the music business. Captain Beefheart was encouraged to return to the music business by his old friend Zappa who now owned his own recording label, Straight Records. The Magic Band was reformed with Mark “Rocket Morton” Boston (bass), "Zoot Horn Rollo" Harkleroad, John “Drumbo” French, and Jeff "Antennae Jimmy Semens" Cotton, and Victor "The Mascara Snake", Hayden, "The Mascara Snake" (bass clarinetist) and the double album Trout Mask Replica was released in 1969. The album was produced by Frank Zappa and incorporated a wide variety of musical styles, including blues, avant-garde / experimental, and acid rock.

Heralded as a masterpiece by some, the album was thought too weird by most of the record buying pubic. It would prove influential however with a new generation of post hippy punks in the years to come. Lick My Decals Off, Baby (1970) was again produced by Frank Zappa and continued in a similar experimental vein. The album became a commercial success in the UK but Captain Beefheart and Frank Zappa fell out. Now with Warner/Reprise label The Spotlight Kid was released in 1971. The new line up of the Magic Band produced a more commercial sound and when the band performed live they were electric. By far Captain Beefheart and the Magic Band were performers and when acting out the songs on stage the audience could make more sense of bazaar lyrics. More lineup changes followed with the next album, Clear Spot (1973). The band undertook a sellout tour. Unconditionally Guaranteed (1974) was the most commercial album the band had produced and consisted short poppy songs. 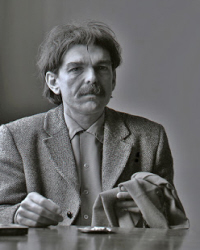 However the band was unhappy with Van Vliet and management and quit to form Mallard which failed to produce much interest. Meantime Captain Beefheart went on tour in the UK with a group called Buckwheat but by then much of the magic had gone. Bluejeans & Moonbeams was released in 1974 and was more soft rock. In 1976 Captain Beefheart and the Magic Band recorded Bat Chain Puller but due to contractual difficulties the album was not released. It did see the light of day two years later as Shiny Beast . Several of the original songs had been re-recorded and new ones had been added. Doc at the Radar Station (1980) helped establish Beefheart's late resurgence. Released by Virgin Records during the post-punk scene, the music was now accessible to a younger, more receptive audience. The last album Beefheart recorded was, Ice Cream for Crow (1982). In 1987, Van Vliet retired from music and established a new career as a painter. In the early 90s he was diagnosed with multiple sclerosis and confined to a wheelchair. The artist died in on the 17th December 2010, aged 69.