“I know I come from Woking and you say I'm a fraud “  The Jam - Sounds From The Street,

Classic lyrics that certainly put Woking and Surrey on the British rock ‘n’ roll map in 1977. Since then The Jam made their stamp on music,  the suburban town has always been synonymous with the ‘best fxxking band in the world’.


Since their demise in 1982, no band from Woking (I could be wrong) has flown the flag for them. Yet the town has continued to flourish and expand in terms of business, shopping, art and facilities regardless of having a chart topping band.  However I don’t think the residents would say no to get the town back in the public eye in terms of music.  It would be dramatic  to say their prayers have been answered, as no one has been down on bended knees praying for a second coming, just maybe wishful thinking that Woking (a town where the Martians landed on Horsell Common in H.G Wells “War of The Worlds”) may have a new rock ‘n’ roll champion, The Brompton Mix.

Four likely lads, talented musicians with a terrific ‘in your face’ sound, gritty melodic rock, all stemming from Woking, are slowly but surely starting to turn heads and make inroads.  I came across The Brompton Mix in April 2012, I thought they were OK, just needed  fine tuning, and in just over 12 months they have become a tight musical outfit,  with a look to match their attitude. Their sound has developed, as have their songs.  In addition, I was not alone in recognising the obvious improvement, as The Jam’s former drummer, Rick Buckler, has become their manager.  What better guidance could a young band have, a man who has experienced the hi’s and lo’s of the music industry with a band that meant so much to so many people, and still does.


ZANI - The origin of the name and the band? 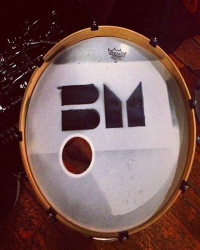 Azza - Ben and I went to school together, and have been friends ever since. Ben met Simon at college and with Baxter they formed a band and asked me to join them.  We couldn’t come up with a name for ages, and I was sitting one day looking through a medical dictionary at my old girl’s, saw Brompton mix in there, which is a mixture of cocaine, morphine and whiskey which they used to give to terminally ill patients, and I thought that is pretty rock ‘n’ roll.

ZANI – Brilliant, are you Woking  born and bred ?

ZANI – How are you going down in Woking, are you taking up in the manner from where The Jam left off?

Azza- That’s a hard one to do, different styles.

Simon – It’s all about making a scene, rather than following a scene

ZANI - Good approach, what is the Brompton Mix sound ?

ZANI - The song writing process of the band?  I see you use complex chord structures, suspended chords.

Azza - I was asked in a previous interview if I was influenced by Oasis, and I said I used suspended chords like Noel Gallagher, I like the sound of them, the opening ringing. When two of you are playing different versions, it creates a bigger wall of sound, as opposed to two guitarists playing the same thing

ZANI – Did you discover suspended chords by accident, because I did. When I was learning to play the guitar I had a chord book, saw them , tried them out and liked the sound of them, then I saw Johnny Marr use them a lot in The Smiths.

Azza – No, I was playing normal chords, took my fingers off at certain strings to get a better sound, then someone told me I was playing suspended chords.

ZANI – So it was a happy accident on the guitar. What is the song writing process, someone comes in with a guitar and a song, or do you just jam it?

Azza – I’ve got this weird thing that I can write a song in the shower, which I can never fully understand.

Baxter – That’s why he’s always in the shower.

Azza – I can be in the shower, and a certain set of chord sequences or a certain set of words comes into my head, so I jump out of the shower, wrap the towel round me write the song down and ring Ben and say “you’ll never guess what happened”.  But for me personally, it starts with guitar then words and I think the rest of the band do it differently.

Ben – I will start with something in my head, which I can’t get out, be like a lyric in my head, then I will carry on from there.

ZANI – It seems a natural process.

Ben – It’s the most fun thing I like to do, write a song. You feel you have accomplished something when you have written something that is good.

Azza-  Better than watching the telly all the day.

ZANI  - What are your influences in music ?

Ben -  Lemmy and Lemmy.  Lemmy (Motorhead) came to Brighton once, and this has stuck with me forever, he was doing a Q and A,  some kid put his hand up and asked “how do I get to where you are Lemmy”, he said “I don’t care, power your own boat”, I thought yeah I’m Lemmy and I am out of here.

ZANI  - Tell me about the band’s personalities,  is there the thinker, the joker, the ladies’ man?

Ben – Baxter is the quiet one, Simon is the lover.

Simon smiles and says nothing.

ZANI – (to Azza) are you the thinker of the band ?

Azza- No, I am the ‘has to be hated’, that is who I am. Someone has to do the shouting and to be shouted at, that’s my job.

Ben – Been a good year in terms of gigs, we’ve played the best gigs so far, thanks to the  management.

ZANI – You have a good manager, we all know that. Are you looking for a record deal?

Ben – To be honest, we are a little dumbfounded, we write songs, we play music and all of that jazz, we will take it as it comes.

ZANI – The music industry seems to have changed a lot in recent years.  I reckon there is more money by your music being picked up by someone like Vodafone. 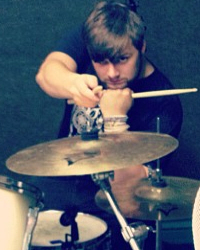 ZANI – Would you say the days of getting lucrative record deals are over?

Azza-  All that stuff is for manufactured pop bands, X-factor, Britain’s Got Talent, not for actual bands.   Simon Cowell manipulates everything. That’s a record deal these days, appearing on those shows, things like that won’t happen to us, I don’t think.

Simon – It’s still a dream to get a good deal though.

Ben-  I reckon Simon Cowell sold his soul to Satan, because overnight he took over the world.

ZANI - He came from nowhere,  I despise him. You get a lot of support from Radio Eagle (Surrey) and other local radio stations, heard you do a few Q and A’s, and acoustic sessions.

Ben – Any press is good press, I don’t necessarily believe that, but I’ll say it anyway.

Simon - They approach us, they want something new.

ZANI – That’s good to see, “Let it roll.” Is that the Brompton Mix motto ?

Azza – It has come from a very old song that we wrote. The reason why it sticks in my head is that one day Ben wrote ‘Let It Roll’ on the front of his tee-shirt, and on the back he wrote ‘Don’t Stop The Music’.

Ben – I was going through a phase of writing on my tee-shirts.

ZANI – Very Pop Art, how did Rick Buckler get involved?

Ben – We just found him one day. No joking aside, there was this producer we were working with and this and that happened. And we played a gig that Rick was presenting, and bish bash bosh.  It was always informal then it became a formality.

ZANI - I bet his experience has been useful, a wise man who has been there, seen it and done it?

Ben – He hasn’t done us wrong. It’s good all round

ZANI - What are your long term plans?  Smash the States maybe ?

Ben – Japan, there still seems to be a music scene there and possibly India.

ZANI – Do you have a record that is your manifesto, bible or a film?

ZANI - Fair enough.  Your fashion is a mixture of Mod, Terrace Culture and Punk, is that right?

Ben - I quite like that.  I know it may not be a good commercial thing to do, people want Mod, Punk, Rock but I quite like the jamboree  of mish mash.

Azza – That’s a very good way of putting it

Ben – We have carved a look, whether it’s a look we need, I don’t know.

ZANI - Love the graffiti tag, similar to The Jam ?

Azza – A friend of ours, Pete, who lives in Brighton, decided to quit his job and do art. I got in touch and asked if he fancied doing a logo, he came up with a couple of things, we didn’t like them, then he came back with our logo, which is the one we use now.

Simon – We wanted something the kids could draw on their school books.

Azza – And something that is easily stencilled onto places in the world, not that I condone any of that.

ZANI – Good to know.  Apart from The Jam, Oasis or The Beatles which past band would you like to tour with ?

ZANI - Outside of music, favourite icons? 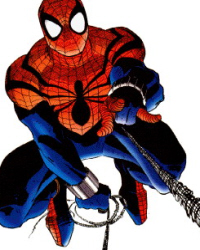 ZANI – Yes he does, as we would all love to be Peter Parker, final advice to a new band.

Ben – Do it as soon as you can, find somewhere to rehearse. The only regret I have is that we didn’t do it five years sooner, we would be five years ahead.

Simon – Do what you want to do, don’t listen to anybody else.

Azza- If it sounds bad it probably is bad, so start again.

Tough advice, but good advice. There is a bright sparkle and a positive vibe with the Brompton Mix; they are enthusiastic, intelligent, sharp looking with a street savvy to match. Four big personalities that certainly do follow the Paul, John, George and Ringo blueprint, and I mean that as a compliment.  They live and breathe their music, and that’s what you need to do to go all the way. It may be tougher for bands these days, but the Brompton Mix will find a way.

Their music and their bond is their strength, and under Rick Buckler’s watchful eye, the future looks bright. As for following in The Jam’s footsteps, who knows, because that is a hard act to follow, and as The Beatles did with Liverpool, Paul, Bruce and Rick did raise a very high bar. I just think these boys want to make good music, which they are. So if you get a chance, check them out, the band from Woking, that certainly isn’t a fraud; you won’t be disappointed.