The Redskins – The Power is Yours!

The Redskins came to me like a bolt of lightning. Arriving at the GLC Jobs For A Change Festival in June 1984, back when Ken Livingstone was a thorn in Thatcher’s arse as the panto villain and the quite brilliant Red Ken (far removed from the more recent muggy Congestion Charge Ken version) and passing loads of upset right wing skinheads crossing Waterloo bridge away from the Jubilee Gardens where the festival was taking place.

Myself and my pal Lock had walked into what was some sort of tense atmosphere when I bumped into Freddy Wong. “You just missed it Stu, Redskins just had it with the NF and fucked ‘em off – while they were playing! “

I'd read about them through the NME but had never heard a note. A couple more excited mates were telling me that the Nazi's started Seig Heiling when lead singer Chris Dean said "You sound like Margaret Fucking Thatcher" when the boneheads got up on stage and kicked off with band and road crew . After a couple of minutes the scum fucked off with their tails between their legs and left a crowd revved up for Billy Bragg and headliners The Smiths.

This band intrigued me, especially as they were able to stand up for their cause.

I promptly went out and bought a couple of live bootlegs and the classic single Lean On Me backed with Unionize. Like listening to The Jam and The Clash mixed with Dexy's brass.  A fantastic combination. No fucking two bob love songs here. 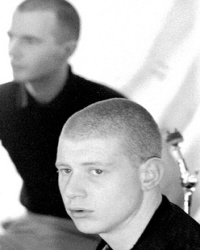 Finding out they were card carrying members of the SWP didn't put me off like some, but it never crossed my mind to sign up either.  All this in the middle of the Miners Strike (The Bitterest Pill) and it seemed like our own coming of (political) age to hang our class war on.

The band signed controversially to Decca/London who never fully took on or understood the message.

Still, in November 84 the finest of all Redskins’ singles Keep On Keeping On was released and made the Top 50. A Tube appearance followed with the infamous Norman Strike, a Durham miner fresh from the picket line, was invited by the band to make a speech when the microphone was rendered useless and no one actually got to hear his words other than the live audience. Conspiracy theories abound that it had been switched off purposely but actually wasn’t working from the off!

Hammersmith Town Hall was a paranoid gig of sorts at the same time when everyone was expecting the NF to turn up again and by the end of it everyone was so charged up a few windows got put through on King St. just to release the pressure on the way home. (Not me Your Honour).

Songs like Reds Strike The Blues, Hold On and Go Get Organised really were anthems for anyone getting shat on by their boss, the government and their teacher and really did make you feel less alone as they encouraged you to feel less alone and stick together. (I was a union rep at my Post Office alongside the aforementioned Lock. Both 19 and full of it, not every postie was impressed with our willingness to take the fight to the management twice a week)

Going into 1985 the Yorkshire three piece went full pelt into varied benefits for untold causes. Stoke Newington Council getting shafted by The Iron Lady (Lady?? that was no lady!) was one I remember going to, getting lost in the fog from the station which seemed miles away, finding a half empty town hall but then watching the band blow any misgivings of travelling in an instant.

As predicted the record company thought they had another Pistols and failed to give the next single the push it needed. Bring It Down (about the media) was never going to get played on the likes of Wooh Gary Davies or Steve Wright in the Afternoon.

A gig at Kilburn National was one of the most exciting live shows I've ever seen, as the brass could be flaky at times but this night they were bang on and the momentum and message was on a roll and gathering pace.

More benefits all over Europe ensued, the drummer got thrown out for supposed heroin abuse and the funky Paul Hookham joined Chris and Martin.

In late 85 I managed to get to chat with Chris Dean backstage at a gig in Coventry Poly thanks to my sister's persistence, who herself was a mad 14 year old fan who used to phone the venues to talk international solidarity and hating authority. (I’m sure the old man was on that list back then).

I probably done his head in by trying to get him to admit Weller was his hero but he had the patience to give me an hour of his time whilst tendering his fucked hand from 6 string slashing, such was the ferocity of his funk.

As 1986 came, things were going weird behind the scenes and little did I know that a live BBC Whistle Test gig at Kentish Town and Country Club would be their last in England.

The long awaited debut Neither Washington Nor Moscow never got the big push it needed, and I couldn’t believe the warm soulful sound that they carried live got cast aside for a clinical 80’s disappointing production, and also the change in tempo of live fav's such as Take No Heroes. Even so it didn’t take away from what now stands up as a brave record mixed with a firebrand stand against the world's injustices. 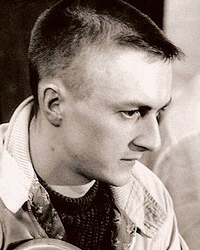 When the band split it was a real disappointment more than a shock. They were better than ever, the new songs hinted at a far richer and mature sound.  I think they would have been massive with the right label but the culmination of being solely political and upsetting a lot of people must have taken its toll. The Power Is Yours only hinted at how great they should have become. The Redskins were a very important band in my early formation of socialist ideals and how I would see the difference between right and wrong.

The legacy of their war declaration on apathy, not settling for second best and standing up to be counted is one that still lives with me 25 years later.

TAKE NO HEROES, ONLY INSPIRATION!!!