The Zolas are a duo from Vancouver, Canada with Zachary Gray on vocals and guitar and Tom Dobrzanski on keyboards and piano, who use a variety of session musicians for live and recording work, which is a good thing as their songs, overall, are certainly epic affairs that are catchy and well thought out.


The Zolas released their second album in Oct 2012, and their debut Tic Toc Tic was released two years prior to much critical acclaim. Hopefully their follow-up Ancient Mars will receive the same attention and beyond as, from listening to the album, you can tell that Zachary and Tom have put their heart and soul to produce an ambitious tour de force album. With a kind of mystic yet straightforward rock and roll feel to the album, it is a voyage of a powerfully produced and well crafted songs. Zachary's voice is gutsy, he sings with anguish yet melodic as he seems to recall every heartache. In addition, the main musicianship between Zachary and Tom is certainly of a high standard, and like all good bands there seems to be telepathy between them, which in turn creates their mammoth and stadium sound. 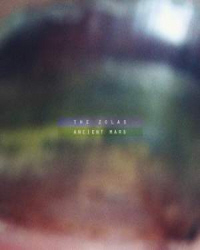 Ancient Mars takes you to heaven and hell, and with a quick tour of the solar system for good measure. Moreover, if I have to choose a favourite, I suppose it is Strange Girl with its cheeky piano riff and grudge rock type vocals that seems to sound against the backdrop of an out-of-town circus. Their music is certainly picturesque, even if the vocals don't directly paint the picture, Ancient Mars makes your mind colour in the blank canvass. In addition, I adored the drum breakdown leaving just vocal in Strange Girl, totally unexpected and certainly exciting.

A great band with a great sound, and what else I like is that Zachary's father is Composer and Writer John MacLachlan Gray, who recently posted on his blog

The pity is, at a time when the musical gatekeepers (big labels, A&R men, hit-making DJs, the Ed Sullivan Show) have finally gone away, just when a generation of musicians and composers are producing authentic music again (music not geared to playlists and the theories of record execs), the generation that once worshipped musicians for their "authenticity" is too wrapped up in a geriatric fog to listen. They'd rather sing along with Satisfaction and remember a time when the Stones were real.

Beautiful words, and I am sure he is proud that his son and friend are fighting the good fight.