Steve Diggle and The Poetry of Life


It's always a pleasure catching up with my old pal Steve Diggle. I love going to meet Steve because the beautiful thing about him is every moment with him is a laugh. You have no idea what he is going to come out with next. He is the only man who could sell poetry to the poets and oil back to the arabs, for double the price. I wanted to interview Steve on his most Rock n Roll night out but Steve being Steve there was never going to be just one and we were always going to end up going off topic.


I caught up with Steve, in the Spice of Life, Soho. We were reading a newspaper that read Peter Doherty had been thrown out of a Thai Rehab Centre. Steve laughed "disruptive? he's rock n roll, a specialised place? What a joke! He went through all the trouble of flights, baggage and all that nonsense.

Could n't somebody have locked him in a room and fed him, probably easier, you know. They could n't tame him, it's the classic Peter Doherty tale is n't it? I don't know why he bothered going, it was probably more for the research on Peter Doherty that they had him there. You probably would n't want to meet Peter straight anyway, he'd probably bore the fuck out of you. I've never been to rehab me, I'm a pillar of Rock n Roll society. If they sent me to rehab I'd tell them where they are going wrong." 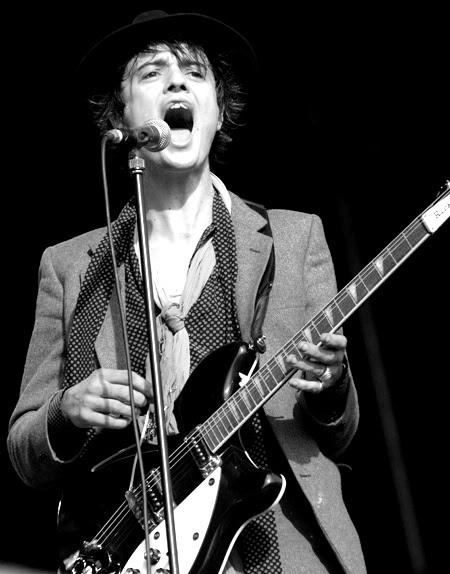 "I jumped over a fence at Peters once and the police turned up. In the same breath Steve continued, I was hanging out after a gig once and i met this girl, who brought her two kids to the gig. The kids ended up staying in the roadies room you know. I got an eight ball and I met another girl and things got friendly. Her husband said great show tonight my misses loved you. I'll leave her with you. Then the other girl came back right and I had to get rid of one. That happened a lot in them days. I'll tell you what I did do once I missed the boat back to Liverpool from Ireland and I spent my last fifty pounds on the boat home, and I had to wait in the port for it for nine hours. It was freezing. I had been with a girl that night. Nine hours in the cold made me think though and i never missed the tour bus again"

When I finally managed to get a word in edgeways I asked Steve what was going on with his music. "Oh yeah yeah man it's good, been doing loads of festivals. I'm about to record an album. The sound engineer at Soho Tv offered to record it you now but I need professionals. If I let them record it the next thing you know they are all calling themselves Producers and writers on my album"

I went to get some drinks from the bar and when I came back Steve was on my phone talking down the voicemail to a friend of mine "listen ar kid"
he said "if you don't get out of the Groucho and come to The Spice of Life, we are coming in there and we'll squirt you with the fire extinguishers and there will be more foam than you can ever shave with". From that moment I knew the night was going to get messy as we clambered into a cab and headed off to The Hawley Arms where we continued to drink shots until long after closing time. As we headed to our separate cabs at the end of the night Steve said, do you think we got a story?

Steve is not one in a million he is the only one, you can not re invent this man or make him up. He is a true original. As I got into my cab I said "Steve what day is it" he laughed "Oh god I don't know I thought today was tomorrow yesterday, time flies when your having fun". It certainly does Steve.