The Cult - Choice of Weapon


The Cult's  Choice of Weapon, their first album since 2007, is a tour de force, with opening cymbals on the first track Honey From A Knife, followed by the heavy dabbing guitar of maestro Billy Duffy. The setting is primed for an exploration in attitude, anger and belief. Coupled with baritone vocals of Ian Astbury, it's pure rock and roll, a musical pandemonium that makes the hairs on the back of your neck stand up. Similar to a heavyweight boxer fighting for a title, the album as a whole is merciless, skilful, strong and daring. Moreover like a boxing match, there is a break to catch your breath, then the harmonious mayhem begins, as each track takes us into the wonderful sound of The Cult. 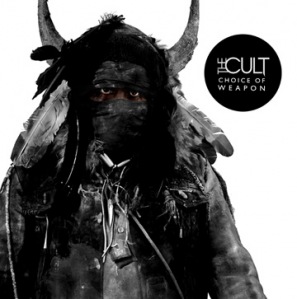 In addition, there is depth as you would expect with the songwriting skills of Astbury and Duffy, and this is clearly demonstrated with Life > Death. A moving song, with a powerful chorus, that uses all the dynamics. A piano riff to begin with, which moves nicely to a powerful vocal line that asks the listener to rise up and claim what is theirs, all leading to a beefy crescendo. When the song closes, there is a moment for reflection. If the philosophy of Nietzsche were to ever be set to music, then surely this is the track.

It is clear that a lot of hard work and talent has gone into the making of Choice of Weapon, but there again you wouldn't expect anything else from The Cult. As they have always delivered songs that have inspired and entertained us, be it She Sells Sanctuary or Star (one of my favourite Cult tracks), you know they can pack a punch. On this album, I must say my favourite track is Lucifer, which sounds like The Cult have arrived in the inferno and taking over. Believe me, if you like your rock and roll hard, then this is the song for you. In addition, with a World Tour kicking off, I would strongly recommend you get yourself a ticket and witness the wonders of the album and the making hits of The Cult, as they perform with blood, sweat and tears. The Cult are back, and I say thank God for that.