As I wander through the back streets of Waterloo SE1 on my way to interview Essex based band, Plastic Youth with their manager Bob Morris, my mood starts to brighten. Not that I was in a particularly bad mood, I just wasn't that focused, due to the usual hustle and bustle of Waterloo Station. However the mayhem and madness experienced around a busy train station, can have quite magical moments while you 'people-watch' under the neon lights. But once I escaped the clutches of commuter hell I began to think about the task ahead.


Plastic Youth are four lads from Southend Essex, comprising of three brothers, James Higgs Bass Vocals, Luke Higgs Guitar, Dan Higgs Guitar and Kieran Ambrose Drums. With youth on their side, a selection of powerful tunes with melodic grit and drive they certainly have a lot to offer.

Plastic Youth like all bands have their music easily accessible on the Internet but also like a lot bands they are building a slow but steady fan base, playing gigs and hoping for that elusive record deal. Yet they don't seem to be in your face, posting their tunes all over the internet. No, Plastic Youth seem calm, collective and dare I say it? Cool.

As I enter the meeting place, a café ironically called Café Del Marsh, I find the smell of cappuccino and Panini's inviting, with smiles all round from Bob and the boys.

ZANI – Where did the name come from?

Luke Higgs – It comes from frustration, Play Station, and the Big Brother Generation.

ZANI –I do believe all the reality TV and celebrity obsession is rammed down our throats, by the media, because it blocks the way for something more creative to come through, and from a journalist's point of view, it's easy copy, to say a certain so called Star is on a diet, or engaged.

Luke Higgs – Agree. Beforehand it was pretty black and white as to what you were into, but this generation has been split into so many different categories' of what you are into, but it would be nice to have a different voice other than the reality TV shit. We aren't ever going to reach everybody, but hopefully someone will get it and pass it on.

ZANI – You can't be all things to all men. So how did the band come about? From you as brothers jamming ? 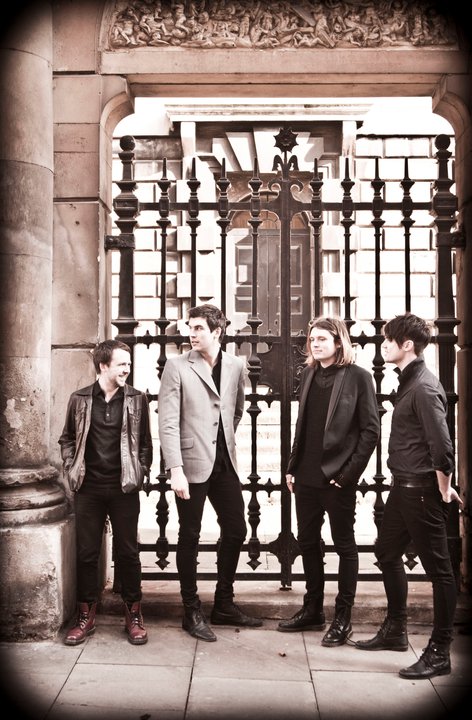 ZANI – Who was the first brother to pick up the guitar?

James Higgs – I was learning music at college, I went to my first ever festival when I was young, which was the V festival. Dan got a guitar the following week, I was learning the basics, and within months, Dan had got into to it. I moved onto bass

Dan Higgs – It works quite well, one will play lead, and the other will do the rhythm, or fill in the gaps, we cross over from lead to rhythm, there's no ego on who wants to play lead, it's just what feels right at the time.

ZANI – The classic two guitar attack, something like Lynyrd Skynyrd who had three guitarists but pulled together to make a sound

Luke Higgs – We work together to create a sound, I will buy an effect to compliment the sound of Dan's

James Higgs I am just into simple bass lines, I never want to play slap bass or anything like that, I just want to fill the gaps and beef up the song

ZANI (turning to the Kieran) – How did you join the band?

Kieran Ambrose – Down the pub

ZANI – Over a pint so to speak?

Kieran Ambrose – I was in a band before, and my band just sort of split up. There's a pub near us, and it's the only pub that if you are into music you can go to - and my number was given to them. They gave me a call, had an audition, and joined Plastic Youth. Dan didn't talk to me for two months.

ZANI – So you are the mean and moody one from the band then?

Dan Higgs – Wouldn't say I was moody, but we are the best of friends now.

ZANI – It's nice to find like minded people in a suburban town, because it gives you strength and confirms that you aren't insane. All the best bands, to me, are lads from the same background to us, and against the world, be it The Manic Street Preachers or The Undertones.

Luke Higgs – There is a limited amount of choice around where we live. Southend is a very jealous town and isolator. Our local radio station, which is round the corner from where I live, the so called trendy DJ with his jeans below his arse, he won't play our music, but XFM and NME will play our music, how does that work?

ZANI – It would be nice to get local support.

ZANI – I can see the frustration, but you have got your eyes on bigger things. The most popular band round my way is a band that play covers, and haven't changed their set in over three years, being innovative and original goes over people's heads at times.

ZANI – It's the furthest thing from the true spirit of rock and roll. The true spirit in music is about pushing the boundaries and using your influence to create your own sound - best classic example, The Beatles who wanted to sound like Little Richard and look like Elvis, and as we know the rest is history.

Luke Higgs – I agree, and it goes back to my original point, of being a frustrated generation, in terms of the popular music available to us.

ZANI – How did your colourful and wonderful Manager Bob Morris get involved?

Kieran Ambrose – He was the Manager of the band I was in before I joined Plastic Youth. I was 17 when I first met Bob, we lost touch. Then we started gigging, writing and relearning the ropes so I got in touch with Bob again.


Luke Higgs - We thought we were ready when we met Bob, but we weren't, we did a gig down the Bar and Grill, and things started to gel as a band.

James Higgs – We were writing songs, then we started acting like a band, we became a unit. You don't consciously do it, it just seems to happen. Then we started writing much better songs.

ZANI – Are you joint songwriters, or do you write separately?

Luke Higgs – We don't go into a studio and say let's write a song, usually someone will have an idea, that's the rule and we work round that. Record the basics, listen back to it, and add the ideas.

ZANI – You let the song grow so to speak.

James Higgs – I will spend months, moving things like lyrics, we have ten strong songs at the moment, and more in development. We are working on a stronger set.

ZANI – What do you write about?

Napalm strikes down the shops
Rock n rollers in the grave
Wrapped up so tightly
Ain't no lovers ain't no slaves?
Don't go playing with fire kids
It's a world that you don't know
Take another look at your morals kids

You don't know who to overthrow

James Higgs – Songs can lose their meaning, if they are ambiguous, some people miss the point. Look at The La's There She Goes, the song is about Heroin and you hear it played on holiday type programmes.

ZANI – The BBC did the same in the late nineties, when they were launching the first Freeview, they used Lou Reed's Perfect Day, which again is about heroin. It would be nice to hear a new rock track that is about pulling, like AD/DC's Touch or Free All Right Now

Dan Higgs – I know what you mean, but not an avenue we have explored yet.

ZANI - Going back to the radio, you've had air play from NME and XFM, that's cool. 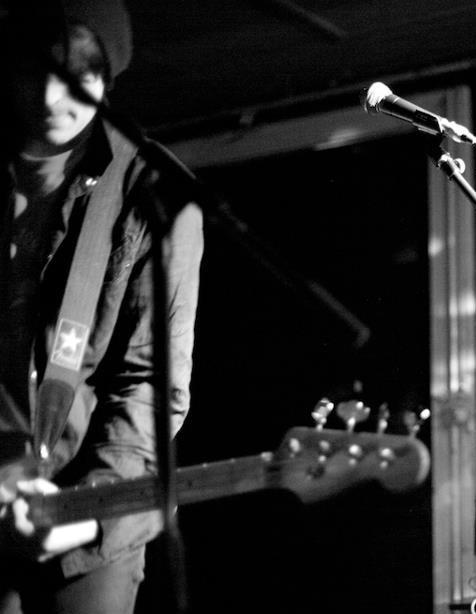 James Higgs – It wasn't a track that we have released, we put it on the internet, to see what will happen, it got picked up, which is good for us, as we know we are on the right track.

Kieran Ambrose – It's getting there. What The Arctic Monkeys did was amazing, but the internet has changed, you can't make a storm on it anymore.

ZANI – The social network sites have taken over, but that is another story. It's all FaceBook and Wikipedia,

Kieran Ambrose – People don't give out phone numbers or even email addresses anymore, it's contact me on FaceBook

ZANI – Where you get to see photos of them from their school days or drunk at some fancy dress party.

Luke Higgs– Too right, yeah you know more about them from their page, before you get to know them.

James Higgs – People are swapping gigs to watch YouTube. After I've posted a few links on FaceBook or sent some emails out, I have to go out for a walk to see the real world

ZANI – I do the same, I try and have one free day away from the PC where I go out on the bike. What sort of music do you listen to?

Dan Higgs – We grew up in the nineties, not just Oasis, who got us into music, but we went deeper, things like My Bloody Valentine, Jane's Addiction or The Verve, who are one of my favourite bands.

Luke Higgs - We looked up to Nick McCabe as one of our heroes, he has not produced any one before, and now we are in the studio recording with him. The guy is a fucking genius. I don't believe fate, like this was meant to be, but it just feels right working with him. He understands us.

Kieran Ambrose – It's more than a work relationship, we get on with him.


ZANI – I agree with you on fate, you were on the same vibe as him, you reached out, connected and now you are working together, and hopefully in your career, this will continue to grow.

ZANI – What jobs do you chaps work in?

Kieran Ambrose - I am a suit

Luke Higgs – I am a pub landlord,

Dan Higgs – I am unemployed

ZANI – No art students then ?

ZANI –What is the master plan of Plastic Youth?

James Higgs – Just a steady progression, build upon our sound and grow from there. I never want to make the same album twice.

Luke Higgs – There is some, but we can't discuss that yet

ZANI – Final question, who do you fancy for the Euros?

Kieran Ambrose – Every one is going to say Spain, I fancy Italy

I do feel for new bands, for these reasons - the record companies are not nurturing new acts – with the commercial birth of rock and roll in the mid fifties, new bands are competing with acts spanning over fifty years, and with music so easily available on the internet, it is hard to make an impact like The Sex Pistols and Oasis did. Yet Plastic Youth are under no illusion that they are going to hit the big time overnight, they are biding their time, plying their trade, crafting their songs and when the moment comes, it goes without saying they will seize the opportunity with both hands, and get the success they deserve.