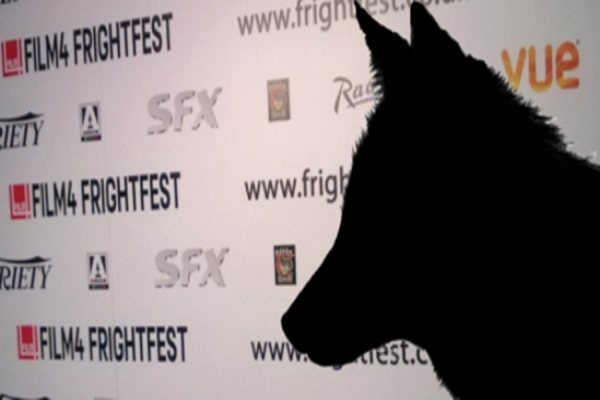 Ferdy Fox here, connoisseur of the frighteningly fantastic and the morbidly macabre.  Summer in the big city – and there has to be a jolly good reason for me to leave my bar stool in my favourite Soho watering hole.

But I feel a stirring, a call of nature addressing my primal instincts deep in my loins. It’s telling me I should be somewhere. Then it came to me. It’s the August bank holiday week-end, the time of year when FrightFest rolls into town.


So let’s take a look at some of the films I managed to sneak into :-

Duncan (Ken Marino) has trouble with his inner demon – literally – he has one living up his rectum, which comes out to attack anybody who causes him stress. Yes – you could say Bad Milo has quite a unique premise for a film.

Duncan’s stress hits overload when he is given the horrible task of having to lay off people at work. “I’ve never fired anyone before,” says our well meaning hero. “It’s easy – you’ll love it!”

With old fashioned transition wipes – and a re-enforcement of warm feel good values, a lazy reviewer would describe Bad Milo as Gremlins with added gore and toilet humour. So yes – so it’s like Gremlins but with added gore and toilet humour. No wait! There’s more - the laughs are loud and plenty and the story finishes just in the nick before running out of steam. It’s helped along by an excellent support cast - Patrick Warburton as the callous smarmy business manager, Stephen Root (Milton Waddams in Office Space) as the hippy, waster Dad and Peter Stormare, so brilliant in Fargo as the goon kidnapper, steals the show here as the therapist.

But also impressive is the emotional range of Milo the creature - (I think it’s a puppet) – who can switch from big-eyed and adorable to blood thirsty and vicious in a flash of those terrifying hypodermically sharp teeth.

Among the Living aka Aux Yeux des Vivants (Metaluna - France)

First off, the trailer of this French film is a little misleading. The first part of the trailer showing three kids on a trip through the countryside gives the impression of it being a rites of passage story. Instead it’s a harrowing slasher of the highest quality. Now this is probably why there are so many pumpkins in the tracking shot in the film’s opening. It’s film-makers Alexandre Bustillo and Julien Maury’s homage to John Carpenter’s Halloween - the daddy of all slashers.

Bustillo & Julien Maury’s first feature film was Inside where a pregnant woman is terrorized by Beatrice Dalle. The first lady of French cinema is on hand here also in the film’s jarring prologue, reprising her role of a woman bent on homicide. However in this case her behavior has some justification, as the unfolding film will reveal.

The film’s arena is rural France – where the houses are so far apart, no one can hear your blood curdling screams and it is here where our three young protagonists cut class to go exploring the dilapidated, closed down Blackwood Film Studio. (Shades of Scooby Doo here.) This is where the kids witness a tied up bloody woman being carried out of the boot of a car. They try to help, but can do little, and one of them actually pisses himself with fear.

They finally manage to escape but the kids’ reputation for mischief means that the police don’t believe their story. Meanwhile the killers are agitated - those kids must be silenced – one of the kids had dropped a flyer about their lost cat, which gives the killers enough information to go directly to their homes and us to the main course of the film - a frenetic and prolonged journey into terror.

The film is accomplished on all fronts – but especially effective is the brilliant score by Raphael Gesqua – all dreamy for the early section with the kids, and bit by bit adding the right amount of menace as we get closer to the Blackwood Studio.

Home aka At the Devil’s Door (Varient - USA)

It must get creepy being an estate agent, all that walking around empty houses, the past lingering in the air, all those restless spirits lying in wait.  Real estate rookie Leigh (played by Catalina Sandino Moreno) thinks she’s alone in the house when she encounters a teenage girl looking in at her. She assumes her to be the seller’s estranged daughter but instead…

Director Nicolas McCarthy is not one for your grandiose traditional haunted houses. He chooses to set his horror in the badly decorated commonplace, the tastelessly mundane, which makes his films all the more relatable and powerful.

Like McCarthy’s previous film The Pact, we have a succession of female leads. Here things kick off with Hannah (Ashley Rickards) looking very fetching in her black eye make up, but rather let down by her dress sense (a marble denim mini-skirt!). After her comes the afore mentioned power dressed Leigh – and the anchor leg is run by loft house living artist Vera (Naya Rivera) - and it is down to her to confront this evil head-on and bring this film home.

Many of the people at FrightFest – myself included – sought this film out especially because they liked The Pact so much - and we were not disappointed. There is much of the same imagery and recurring themes – dysfunctional families, empty homes after a tragedy, but it never feels like a re-hash of a previous work.

Meanwhile The PACT 2, NOT directed by Nicolas McCarthy is rumored to be seeing a release at the end of the year.

With three showings of The Badadook on Saturday night, and every one a sell out, this Australian film was THE hot ticket of Frightfest this year.

There was no leeway at any of the screenings, not even for prestigious film reviewers. “Don’t you know who I am?” I hollered with my best indignation. “Yes and that’s why you’re not coming in,” and with that I was despatched unceremoniously out onto the hard pavement of Leicester Square. Not to be outfoxed I managed to get a view of one of the screens by scurrying in via one of the air conditioning ducts. This was a great idea….until they turned on the air conditioning. Bah! Who wants to see a descent into insanity with loads of children’s picture book imagery? Well actually I do. A lot.

I grabbed a few Vox Pops from some of the people coming out of the screenings and all were unreservedly enthusiastic. The film is scheduled for a UK cinema release on the 24th October 2014. I hope they let me in for that one.

Before leaving Frighfest, my favourite horror film festival (after Fantasporto), I grabbed some more Vox Pops from some of those shattered souls who had survived Harmageddon, the four day pass Frighfest pass. This is what I got :-

I plan to grab me one of those tickets next year – but be advised, they should come with a mental health warning.

Also showing at FrighFest were trailers for the 4K restoration of Das Cabinet Dr. Caligari – it’s looks stunning and promises the opportunity to see this classic film, perennial to every film student, with renewed vividness. Pointless me pasting any links to the trailer – you are just going to have to see this in the cinema.

OK Now Before I go – I’ve had a few people ask me why I am always so bloody nice and positive about the film’s I review. I will refer these people to the Ferdy Fox World of Horror mission statement - in the midst of so many film releases I am here to steer you towards the good stuff. Especially the independent releases that don’t have the promotion budget of their big studio rivals.

So I will only review films that I think are worthy of your attention. Hatchet jobs may be fun, but in the end they waste precious time and column inches.


So I’m off to one of my late night drinking holes – the Boris brigade hasn’t shut them all down yet. “Vive Le Resistance & Vive Le Cinema.”

Send your bribes and film release news to This email address is being protected from spambots. You need JavaScript enabled to view it.