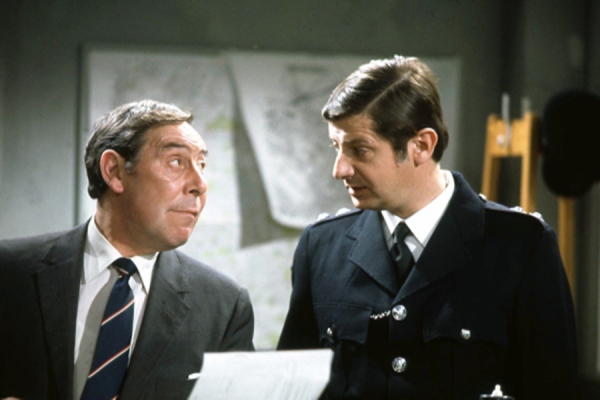 Unfortunately, the chance of ever owning Z Cars the complete box is pretty remote, as the BBC, visionary as ever, lost or wiped many of the original recordings. However many episodes do remain, (perhaps someone at the BBC forgot to take the bins out one night) and Acorn DVD (part of the RLJ Entertainment Group) have  recently released Z Cars Collection Two, following the success of Collection One. 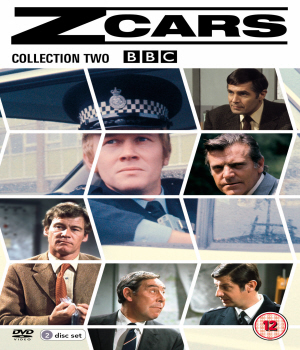 Z Cars, created by Troy Kennedy Martin (The Sweeney, Edge of Darkness) was first screened by the BBC on 2nd January 1962, and would run for a further 16 years, with the final episode being aired on 20th September 1978.  Z Cars was welcomed with open arms by the British public as it offered an insight into the workings of the police.  Apart from Dixon of Dock Green, (1955 – 1976), the only people that had seen the inside of a police station were the police themselves (and their staff) and people who had been arrested.  Now, on a weekly basis, the British public were gaining a better understanding.  In addition, Z-Cars did not always portray the police in a positive light, much to the dismay of the real police.

Set in a fictional northern town, Newton north of Liverpool, originally televised live and would continue to do so until 1965.  Therefore the transmissions in the early years were similar to a play,  with  engaging characters, DCI Charlie Barlow (Stratford Johns; Union Castle, Great Expectations) DS John Watt (Frank Windsor: Headmaster, An Age of Kings) PC. Bert Lynch (James Ellis: Nightingales, Priest) , PC "Fancy" Smith (Brian Blessed : Return to Treasure Island ,The Black Adder) all talented actors , who were very much at the start of their career, yet their skills in giving credible and fetching performances made up for their lack of experience. Furthermore they would all go on to forge successful careers in television, radio and film.

Like all good shows, Z Cars had an instant recognisable theme tune, based on a traditional Liverpool folk song "Johnny Todd”, with a new arrangement by Fritz Spiegl and Bridget Fry, which was released in several versions, including a vocal arrangement with cast member James Ellis.  Apart from the Ellis’ release the others made it into the top 40 in the early sixties in the UK.  The theme tune was adopted by Merseyside club, Everton, and is still their signature tune today.

Z Cars originally ran until 1965 and was revived in 1967, as a twice weekly soap for four years, before becoming a weekly in 1971 with a 50 minute slot and would run for a season.  Collection Two doesn’t feature any of the shows from the swinging sixties, but six episodes from the early 70s running in chronological order commenced on 25th September 1972 to 30th October 1972 with PC Bert Lynch, now a Sergeant, being the only one from the original series.   Barlow and Watts would appear in a spin off series of Z-Cars namely Softly Softly Task Force, and Johns and Windsor were household names in the 70s.

In Z-Cars Sgt Lynch is the wise member of the division, a gentle man, who can be tough but fair, who understands the job, Newton and the residents. All the staff, including Inspectors and CID, turn to him and trust him. Ellis’ performance as Lynch is of the highest calibre, he brings compassion to the screen, and the viewer can relate to him, he isn’t a hero, he is everyman. This acts as a great leveller, as the new key characters need that presence to keep their mind intact.

Det. Sgt Stone (John Slater: Passport to Pimlico, The Million Pound Note) is a Londoner, who is shrewd, yet prone to bad mood swings, nevertheless he is dedicated to the cause, (there was a day of mourning in 1974 when Slater passed away), whilst Det. Sgt Haggar (John Collin: The Witches, Tess) is a brash Yorkshire man,  doesn’t care what people think of him, and will play dirty to get a result. PC Skinner (Ian Cullen: Family Affairs, Emergency-Ward 10), has no real ambition other than to be a PC, originally in CID yet he prefers life on the beat, laid back and sometimes absent minded. He is good friends with PC Quilley (Douglas Fielding : EastEnders, Holding On), who is a bit of a Jack the lad, a ladies man who fancies himself, who gets promoted to CID later on in the show. All different characters from different walks of life, and the firm and believable performances add to the chemistry of the show. Those fans of the BBC hit situation comedy, Are You Being Served? will instantly recognise Nicholas Smith as PC Yates, a cheeky copper who seems more interested in a crafty smoke than fighting crime.  Smith adds a strong comedy element but only appeared in nine episodes. 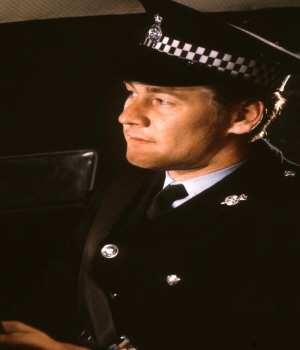 The set and clothes of course have dated, but it was 1972.  However the drama is powerful and the social issues covered are still relevant today, be it the single mother shop lifting, the prisoner’s wife resented for being on social security, local teens and anti-social behaviour, passing information to the press in return for favours,  young men trying to become heavy criminals or witness intimidation. Often starting as a slow burner, yet within 10 minutes a new intriguing plot is in development, with elements of an old fashioned mystery and realism which, combined, makes Z Cars a treat to watch. In addition, dealing or solving the crime is just one aspect of the show, as the politics of a police station is highlighted and the life of not just the police, the criminals and victims become a strong focal point.  My only criticism is that I wish there had been more than six episodes, as I was hooked, and wanted more.  Perhaps a wise word from Sgt Lynch may have compensated for my minor disappointment. %