Greed is Good: a review of "The Wolf Of Wall Street"

After sitting through both Director Alexander Payne's "Nebraska" and Director Ben Stiller's "The Secret Life Of Walter Mitty," two well intentioned and purposeful films that were each considerably undone by their own respective senses of inertia, "The Wolf Of Wall Street," Director Martin Scorsese's blistering, unrepentant, nuclear fueled satire with a sensationally bravura performance from Leonardo DiCaprio at the center of the vortex, could not have arrived at a better time. 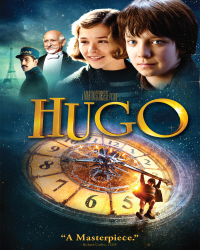 Two years ago, I proclaimed that "Hugo," Scorsese's PG rated family film, was not only one of the very best films of that year but it was his finest film since the release of his extraordinary gangster epic "Goodfellas" (1990). And now, I strongly feel that "The Wolf Of Wall Street" is of equal quality and excellence. Where "Hugo" was a motion picture that exuberantly and gorgeously expressed why a person like Martin Scorsese would utilize the language of cinema as his chosen form of artistic expression, "The Wolf Of Wall Street" allows us to witness the MASTER at work, at the fullest peak of his artistic powers as he creates a hard R rated powder keg of a film that is, by turns, hysterical, horrifying, sobering, exhilarating, unbelievably head spinning in its velocity and power and finally, a work that exists as a testament to the glory that can occur when a filmmaker adheres not to the box office dollar but to their artistic muse in the most uncompromising fashion. Now at the age of 71, Martin Scorsese is still showing all filmmakers just how to get the job done with this absolutely dynamic film. Strap yourselves in because this one is a true razzle dazzle roller coaster.

"The Wolf On Wall Street" chronicles the beginnings, rise, even greater rise and steeper fall of Jordan Belfort (Leonardo DiCaprio), who arrives on Wall Street at the age of 22 with dreams of striking it rich as a stock broker. After being mentored by his boss Mark Hanna (a hilarious and sharper than the sharpest razor Matthew McConaughey), a man who indulges in copious amounts of cocaine, alcohol and frequent masturbation to remain focused and loose in the high pressure world of finance, Jordan has the supreme misfortune of earning his stockbroker's license and truly starting his career on October 19, 1987, a date now known as "Black Monday," the day the stock markets faced their greatest crash since 1929.

After licking his considerable wounds, Jordan takes a job with the tiny Long Island based "Investment Center," an organization that deals with "penny stocks" but soon earns Jordan massive rewards due to his aggressively ingratiating selling and pitching techniques. Jordan's quick rise and newfound fortunes catches the attention of Donnie Azoff (a terrific Jonah Hill), a neighbor in the same apartment complex as Jordan who immediately quits his own job just to attach himself to Jordan's lucrative coattails. The two soon begin their own firm together, entitled Stratton Oakmont, and employed with a collective of friends and co-workers with meager selling experience (mostly marijuana) and Jordan's parents (played by Rob Reiner and Christine Ebersole) to handle the finances.

Stratton Oakmont eventually becomes a billion dollar organization giving license to Jordan to over-indulge his every single whim from building raging addictions to drugs and prostitutes, throwing endless parties for his staff and even divorcing his first wife in order to capture the hand of the stunning Naomi Lapaglia (Margot Robbie). With money flowing in from every conceivable direction, and not entirely legally, Jordan and his cronies capture the attention of the FBI agent Patrick Denham (Kyle Chandler) who grows increasingly intent upon bringing Jordan to justice. But with Jordan's insurmountable greed and addictions completely circumventing any stretches of rationality or common sense regarding the noose that is rapidly tightening around his neck, Jordan continues his rampant, raging pursuit of the dollar with the concept of "enough" as non-existent.

Dear readers, I wish to take you back a bit and ask you to remember the final third or so of “Goodfellas” when our narrator, the mobster Henry Hill (beautifully played by Ray Liotta) descended into a cocaine addicted madness and paranoia, complete with visions of helicopters in pursuit, boiling pasta sauce on the stove and Harry Nilsson's "Jump Into The Fire" relentlessly blasting on the film's soundtrack. Now, I want for you to imagine that sequence and its level of roaring intensity playing for the duration of three full hours and that is essentially the experience you will have upon paying a ticket to “The Wolf On Wall Street,” which essentially serves as a companion piece to both Scorsese's "Goodfellas" and "Casino" (1995). Do not let the film's massive length intimidate you as this is “take no prisoners” filmmaking and it moves like the fastest rocket. As I previously stated, "The Wolf On Wall Street" is a hard R rated odyssey filled from one end to the other with flowing narcotics, large amounts of nudity, and an ocean of vulgarity and profanity which never felt to be gratuitous to me but completely right on the money at depicting the alter of mega-excess and Bacchanalian debauchery at which Jordan worships. 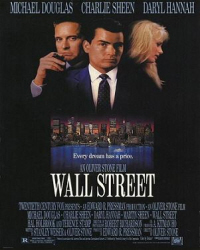 Utilizing Director Oliver Stone’s “Wall Street” (1987) and Director Michael Moore’s “Capitalism: A Love Story” (2009) as conceptual leaping off points, Martin Scorsese’s “The Wolf Of Wall Street” fearlessly takes a swan dive into the maelstrom of voluminous avarice and male centered hubris, grossly disturbing opulence and equally grotesque over-consumption. While the film is viewed through the eyes of Jordan, and subsequently by nearly all of the individuals he surrounds himself with, Scorsese has also crafted a feverishly pointed and harshly critical gaze at our entire society which has grown increasingly soulless with its crippling obsession with wealth, fame and power at the expense of our collective humanity, especially as the possibility of every single one of us somehow one day becoming a pseudo "Master Of The Universe" is nothing more than a complete fabrication, an illusion or, as one character refers to it, as a “fugazi.”

Scorsese’s ferocious lack of restraint within “The Wolf On Wall Street” is not a hindrance to the film, as far as I am concerned, as we are just not living in a time of subtlety due to the level of class warfare occurring as well as a large sector of American society continuing to subscribe to a version of the American Dream that has grown to be increasingly elusive or impossible. The film, even through its audacious and often laugh-out-loud satire, is indeed a tsunami of rage and sorrow against a culture that has supremely lost itself and spiritual core thanks to an overall system (from finances all the way to the so-called "reality" television shows that litter our channels), rigged by the wealthiest among us, to keep the masses subjugated yet hopeful for a ship that will ultimately never arrive. The film's final shot is a killer and quickly points its finger of condemnation squarely at all of us, lest we have even begun to feel terribly superior to Jordan Belfort, for in one way or another, we are all complicit.

While then entire cast is uniformly excellent, especially Jonah Hill who proves that he can handle himself in Scorsese's world with the best of them, Leonardo DiCaprio has raised his own personal best bar once again. From the very beginning, DiCaprio has presented himself to be an actor of the utmost commitment and intensity to a role to such a degree that I do not even believe that "phoning it in" could even be a possibility for him.

"The Wolf On Wall Street" marks DiCaprio's fifth collaboration with Martin Scorsese and throughout all of their film experiences together, DiCaprio has proven himself to be alternately implosive in "Gangs Of New York" (2002), lavishly explosive in "The Aviator" (2004), driven and tortured in "The Departed" (2006) and horrifically haunted in "Shutter Island" (2010). With "The Wolf Of Wall Street," DiCaprio delivers his greatest work with Scorsese to date and quite possibly, his most reckless, unhinged and flat out wildest performance yet. I swear, I thought the man was going to give himself an aneurysm through all of the mental and physical contortions he placed himself into throughout the film. Just regard the man's pure body language alone, which I have never seen to be this elastic before whether through his epic sexual situations, marathon motivational monologues (more of that in a bit) and in a sequence where Jordan, disastrously under the affects of a bottle of Quaaludes, attempts to navigate a small flight of stairs, DiCaprio presents an absolute masterpiece of physical comedy, the likes of which I have never seen from him before.

Below the surface, I think Dicaprio himself has provided a key into the deeper levels that make up the man that is Jordan Belfort. In an interview, Leonardo DiCaprio explained that he felt the character of Jordan Belfort essentially made up the third act of an unofficial trilogy he began with Writer/Director Quentin Tarantino's "Django Unchained" (2012) and continued with Director Baz Luhrmann's The Great Gatsby" from this summer, as all three films explore the consciousness and consequences of the young, white male consumed, and therefore undone, by wealth.  As Jordan rallies his troops, as well as himself, to keep pursuing every last potential dollar as if there will never be any dollars ever again, Leonardo DiCaprio creates a combination of snake oil salesman, over-indulgent frat boy and motivational speaker who could not only sell ice to an Eskimo but possibly the whole damn arctic. Even so, DiCaprio has unleashed a volcanic inner drive that phases in an out of an unrealistic sense of entitlement that is indeed a current plague upon our 21st century society. It is as if Jordan is exclaiming, "I want it because I want it and I should have it just because I want it, regardless of whether I earned it, deserve and consequences be damned." And in turn, how is our 21st century society that much different, if at all? In a career filled with great performances, Leonardo DiCaprio has somehow, someway brought forth yet another, brimming with passion and subtext, and I am telling you, this will be another one of those unforgivable Hollywood crimes if he is not recognized for his stellar, astonishing work. 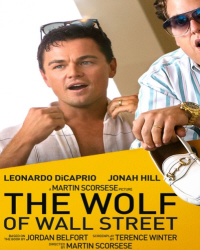 By the concluding moments of "The Wolf Of Wall Street," Martin Scorsese and Leonardo DiCaprio seem to be asking themselves, as well as all of us watching, "What has become of us?" Even as entertained as we are with "The Wolf Of Wall Street," it is an appropriately exhausting and exhaustive experience meant to drown us in extremes and vulgarities long after we have had enough. Because if we are meant to keep up with Jordan, who often breaks the film's fourth wall to confide in us and therefore, make us his co-conspirators (much like Malcolm McDowell's classic performance as Alex in Stanley Kubrick's 1971 classic "A Clockwork Orange"), we also need to take a hard look at or own worst, lowest common denominator based impulses in order to discover if we are indeed any better or if we are unfortunately just the same.

"The Wolf On Wall Street" is unquestionably one of my favourite films of last year.

Scott Powhatan Collins was born and raised in Chicago, IL and is a current resident of Madison, WI .He is a lifelong enthusiast of music, books and films. Hisbrain is filled with DJ dreams, filmmaking fantasies, literary luxuries and all manner of useless information. He chronicles his thoughts and reviews on his two blog sites Synesthesia (http://www savagejukebox.blogspot.co.uk) and Savage Cinema (http://wwwspcsavage.blogspot.co.uk), and is always on the lookout for the next piece of art to blow his mind and capture his heart.