Ghost hunting has become quite a popular hobby over the past few years. So I went up to the North to an isolated cottage in North Northumberland, to meet 'The Psychic Biker' Paul Green and Historian, researcher and Ghost Hunter Stephen Lambert. I arrived just after midday and, for fun decided to leave my car at the bottom of the lane and walk up to the Cottage, ducking and diving between branches and plants, because I did not want Paul or Stephen to know I was arriving.


I wanted to surprise them both. As I approached the Cottage I tip toed around it to find the back door and I let myself in, very quietly. I put my Halloween mask on and jumped into the kitchen where Stephen and Paul were sat quietly. On the top of my voice I yelled "Rahhhhh". Stephen just looked at me in my mask with an expression that said "Oh my god what have we here?" or something very similar. Whilst Paul was very cool and just laughed "we've been expecting you".

After having had mixed reactions from my grand entrance, I pointed to the Motorbike that was outside, and wondered if they'd let me have a go on it and so I asked. "Whose bike"? Paul said "it's mine a 750cc Yamaha engine, custom frame and forks and the rear wheel used to be on a Porsche., and before you ask no you can't have a go, you've already written off three cars". Ok Paul had it spot on I was driving a friends car because my Peugeot ended up on top of a Gorse Bush in Wales. A Vauxhall I had in my early twenties ended up wrapped around a lamp post in Richmond, and My very first car a Citroen AX ended up being driven into the back of Detective Constable Wilson's car! This man was not nicknamed the Psychic biker for nothing.

I told them both I was eager to know what the most scary thing is they've ever seen, Paul smiled and said "To be honest being the medium of the group I tend not to get scared, Usually as I "see" what's coming". He continued "the scariest thing that has happened was at Kielder castle where I was "charged" by a black cloud and enveloped by it. Something that was seen by two other people. As it happens the energy behind the cloud was not really nasty, he simply thought attack was the best form of defence". Stephen laughed "I would maybe call it the strangest rather than scariest but it did get my heart going. 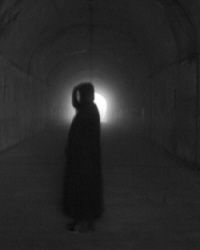 Whilst at a location in Scotland I witnessed a black hooded figure walk behind by a glass door. On running out to look there was nothing there. Other guests facing towards me and a window actually saw the same figure in the reflection of the window".

I told Paul that I'd love to be a psychic and asked had his powers ever scared him? "Only once I would say and that was in the early days of my development. In fact after my very first development class. I did not close myself down after the class, that is a mental exercise that prevents medium constantly being "on" and in contact with the spirit world. So I ended up with a couple of energies following me home and as a result for a few days had lots of odd things happening in the home. Such as loud hammering on our bedroom door at 2am with no one else in the house. A large and very heavy mirror being found on the floor next to the wall it was hung on without being broken. That happened 3-4 times and has never happened since. Plus seeing my sons sock draw empty in front of me. My teacher taught me a cleansing ritual to get rid of the energies, a ritual I have used on other homes sine and that cured the problem"

I was curious to know if they had ever met a person possessed by a demon? Stephen jumped in "I have never met anyone possessed by a demon. I have been party to nights where people have been supposedly taking over/possessed by spirit. Sometimes it is not a very nice experience and can be quite unnerving for a first time ghost hunter to witness". I joked that my friend thinks I'm possessed by a demon, Paul jumped in "I have come across people who claim they are or have been but to date I have always found that there are underlying mental health issues. In fact I would always advise people who claim this sort of problem to first consult with a health professional". I felt as if i was developing a case of foot and mouth disease as Paul spoke with brutal honesty.

I showed Paul and Stephen a garlic clove I keep in my pocket to keep away evil spirits, because I think I read somewhere once that demons can just follow you. Looking puzzled Paul said he had never heard of using garlic to protect oneself, except in Hollywood films. Stephen said "I am quite lucky in the fact I have some very close friends, especially Paul, who have given me small but important things to do prior to and after a night of ghost hunting. Two basics are grounding myself and covering with white light. This is something I always do before I start. I have spent a lot of time on locations by myself, yes I know this goes against my safety rules, and I also find it extremely important that I know all the history/ghost stories surrounding the location. This may not protect me as such but knowledge is power and it can help me rationalise and think clearly in some pretty daunting situations". 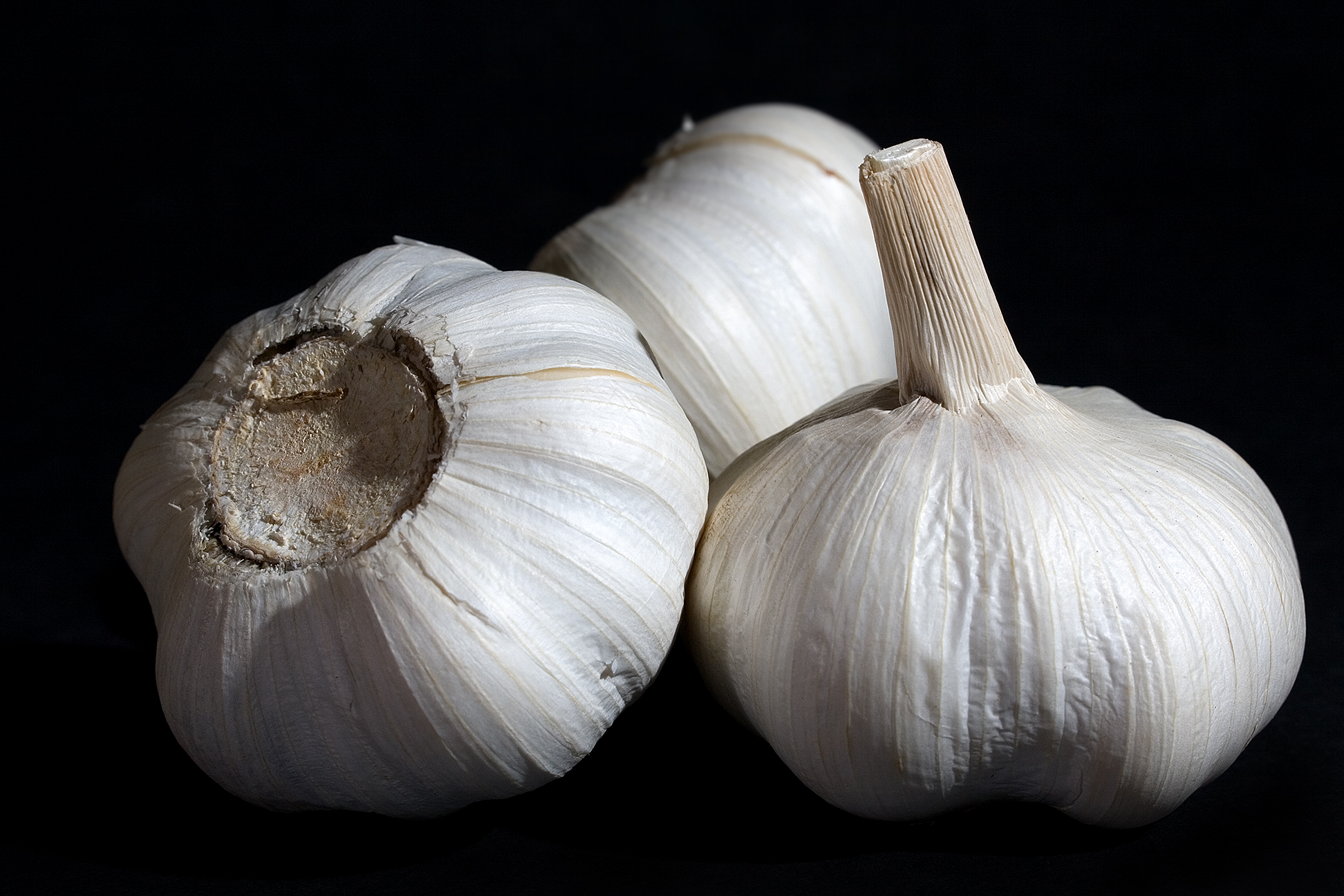 In July 2011 their first book, The Psychic Biker Meets the Extreme Ghost Hunter was published. Stephen told me "writing the book was very enjoyable. He got the chance to stay in some of the most wonderful places, some which were family homes not open to the public". Stephen Continued "Working on the book gave me the idea for a TV show. Being on location alone really captures what I believe ghost hunting is about and this is what he wanted to give the public the chance to see. No fancy equipment and at one with the elements along with the fear of being alone".

Paul and Stephen run Extreme Ghost Hunting and are dedicated to giving people a unique experience. Paul says "We both wanted people to feel, see, and hear first hand any paranormal activity that was occurring around them while on investigations, using their own senses and not via a camera feeding into a TV screen, nor via playback on a video camera or some other electronic gadget". Stephen continues "From that shared philosophy we combined our talents, Paul as the psychic medium and myself as the historian, researcher and ghost hunter". Paul's wise words were "I would say go on a ghost hunt with an open mind, don't expect to see a ghost but do look for strange events that you cannot find a rational explanation for. My opinion was changed by lots of little things that I could not explain till I had to start to accept that the balance is probably tipping in favour of another world where what we call ghost exist. However I will always be a sceptical medium, never willing just to say something is paranormal without eliminating logical possibilities first" 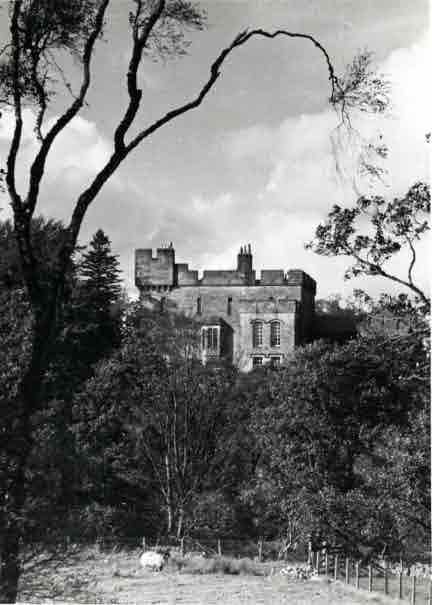 Paul and Stephen have been working for an American online radio show for a few months when after numerous discussions between the two it was decided that they would produce their own shows and go it alone.To help with this move and to incorporate all their media activities EGH Media was created. Once created Stephen & Paul host their show on the 3rd Thursday of every month called Extreme Ghost Hunting Presents. The show runs live for 90 minutes and has had guests from the paranormal community such as Jason Karl, Phil Whyman, Rescue Mediums, Ray Jorden and many more. One thing they both wanted to do was produce a pilot for TV which was something without a sponsor they had always struggled to achieve. In August 2011, with the help of Pyramid Media, their first TV pilot The Ghost of Emma was produced. The pilot is based on personal, true accounts from Kielder Castle in Northumberland.

As I drove back down South, for some strange reason I started to think about the girl who took an ecstasy tablet on the M1 and then died in the Hacienda Nightclub in Manchester, I wondered if her spirit haunted the M1 or even worse my car! To say I thought Paul and Stephen were going to be off the hook and different is an understatement, I was really pleasantly surprised they were just your average Northern lads you'd meet in the boozer. Check out their website at
www.extremeghosthunting.com