Written by The Hawk

On Valentines Day 1900 a group of students from the Appleyard College left for a day trip to Hanging Rock, in Australia's Mount Macedon area. Enjoying the beauty of the rock several of the party are slightly bemused by the sudden failure of their watches, all of which stopped at exactly 12 o'clock, although Miss McCraw puts this down to a magnetic force from the once volcanic rock.
Having enjoyed a day of wonder in the sunshine at the base of Hanging Rock, four of the students decide to embark on a hike to the top of the rock formation, led by Miranda (Anne Lambert) the schools most admired pupil. After a lengthy climb the girls lay out just minutes from the top to embrace in the warmth of the sun, and take chance to rest.

One of the girls known as Edith awakens to see her three classmates venturing further up the rock without her, and although attempts to catch up with them cannot. Edith returns to the base in a state of shock, unable to speak of what has happened other than her three classmates have disappeared, what she can recall however is a bright red cloud, and passing Miss McCraw as she made her way up the hill, in a strange trance and without a skirt, McCraw too disappears.

Picnic At Hanging Rock is one of the greatest mysteries of all time, but bigger a mystery is the fact that so many believe the story to be true. 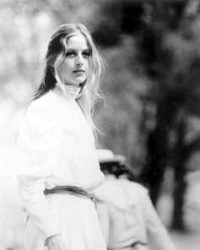 Thinking back I first saw Picnic At Hanging Rock about 25 years ago, and I must confess I was less than impressed, however rather like a mighty fine wine the movie has grown in wonder to me as I have grown older. In the last six or seven years it has become one of my favourite movies, and despite its UK imposed PG certificate its possibly one of the most disturbing movies currently available on DVD.

While Weir's direction is mesmerising, showing us a variety of beautifully framed shots; the heart of the movie is in its chilling soundtrack by Bruce Smeaton, a little used composer. Smeaton used the traditional pan pies so native to Australia, electronic synthesizers, and a variety of classical numbers played by orchestras to create the eerie feel. The effect of the music, gives the movie a real feeling of menace, almost to the extent that you feel like you have stumbled upon something you should have not have. To the other extreme, your given musical moments of extreme beauty so sublime you forget the horrors of earlier scenes.

The wonder of Joan Lindsay's story, Cliff Green's screenplay, and Peter Weir's direction is that every single scene is pivotal to the story, those airy fairy moments that seem throwaway in their nature are all incredibly important to the story; casual references in conversation such as issue of time are so terribly important, and this is what sets the movie apart from so many other movies, nothing is irrelevant.

The horror of the events on Hanging Rock, are nothing compared to the horror that takes place at the Appleyard School, strangely this somehow overshadows the other issues of the film, not in a bad way, but it gives it a whole new dimension. The curious Mrs. Appleyard rules the school strongly, but no more than any other school of the day, what however is different is the subtle bullying of Sara a girl with a less fortunate home life than any of the other girls. This brings about a real tragedy bigger than anything else in the movie.

It's an interesting view that the movie gives us, turning the clock back 108 years, how much has changed. This is best delivered to the viewer in one particular scene where the girls are told as soon as they are miles away from the college that they may have permission to remove their gloves, if they so wished for it would be undignified for a young lady to appear in public without gloves.

The cast is a gathering of beautiful people both female and male, and I believe this is deliberate because it makes the loss so much more tragic, even Miss McCraw an older lady has a certain older beauty about her. McCraw of interest was played by actress Vivean Grey who is probably best known as Mrs. Mangle from TV show Neighbours, Grey's career was cut short by a series of tragedies, firstly her character in TV show the Prisoner was virtually cut out completely due to a law suit brought about by a party that claimed her performance was far too similar to a real life character, and then her experiences as Mrs. Mangle were so extreme due to the popularity of Neighbours that people in public found it difficult to tell the difference between the character and the actress, in 1988 Grey retired from acting distraught by events.

Of the other cast member you have Rachel Roberts one time wife Rex Harrison, here as Mrs. Appleyard her performance is forthright and exacting. Apparently so harsh was her performance that the young actresses literally hated her, so much so that often she would ask that the girls were removed from set, because should could not bear to be hated by them. There is even a train of thought that the performance was not in fact acting, rather like Appleyard she liked both men and a good drink. Roberts committed suicide five years later, the horrors the she endured her co-workers on this movie with seemingly the start of the end.

Meanwhile the young and inexperienced cast literally performed as they would in real life, sought out due to the fact that they came from backwaters where culture had not quite got hold, while city actresses were into pop music, the cast were selected mainly of Adelaide actresses whose biggest interests were the crafts scene, with no interest in music or boys. Leading these was Anne- Louise Lambert, an actress as stunning now 33 years on as she was back then. Long after the movie has ended you remember the beauty of Lambert.

The wonder of Picnic At Hanging Rock is that it is a story without an end, when novelist Joan Lindsay sent the book to publishers back in 1967, ingenious minds decided to remove the final chapter leaving the story open ended. It's this careful editing that made the story so famous, and if you like one of the biggest hoaxes of all time, with people convinced to this very day that the events in the book and the movie are true. The story begins with a cleverly written prologue, and then climaxes with detailed final epilogue; this is carried forward from the book to the movie. In 1975 when the movie was made, only the clever editors at the publishing house and Joan Lindsay knew the truth, this truth was not revealed until 12 years after the movie was made and can be found in the book The Secret Of Hanging Rock, those purchasing the book Picnic At Hanging Rock will find no conclusion.

I should add that this lack of ending does not weaken either the book or the movie (both equally as good) in fact it's the real essence of the magic, had that final chapter have been included this would not be something we would talk about now. It should be pointed out that Picnic At Hanging Rock was the very first blockbuster Australian movie, with sales across the world being on the scale of any American blockbuster of the day. This being said the movie failed to please audiences in the US, who desperately wanted an ending. 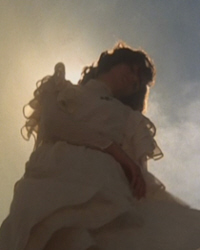 It's not very often that when a director’s cut of the movie is released that the original is somewhat lost altogether, but this is exactly what happened, the original print disappeared completely for over ten years. Then after being considered lost the original print returned, sadly though preservation of this print was impossible due to the source material the print was found on.

It's important to point out before I finish that Hanging Rock and Ayres Rock (also known as Uluru) are very different locations, though I note that people reviewing this over the years often have this fact confused.