I enter into a hotel lobby to meet the star of the BBC 3 hit comedy series, Mongrels, Nelson the Fox. He has requested that I don’t reveal the name or location of the hotel, as it is place that he likes to frequent on his own or with friends, to unwind and enjoy a selection of cakes and tea. All I can reveal is that it is a five star hotel in the heart of central London, renowned for their afternoon beverages.

I make my way to the tea room, where upon my entrance I am greeted by a somewhat unfriendly waiter. As I am dressed in typical Mod attire it is obvious to him that I am not the usual clientele that frequents this establishment, and with a somewhat pained expression he enquires if I have a meeting with “the fox”? I nod and without any eye contact, he points to the corner of the tea room, where I see Nelson sporting a rather splendid gold ‘Top Hat’ (which I recall he wore whilst performing at the Albert Hall) As I walk towards Nelson, I hear a long weary sign from the waiter.

I approach Nelson as he is talking loudly on his mobile phone, we make eye contact , he smiles and gestures for me down to sit down and join him.  Looking at the now empty plate covered in cream and chocolate, and the residue of pastry around his mouth, it is clear he has eaten rather a lot of cakes, and it appears that no one seems that forthcoming in enquiring whether I would like anything. I suppose hotels have grown accustomed to rock stars smashing up rooms or football stars having wild orgies, but a career minded fox in the world of TV , eating all their cakes is a new one for them to deal with.

Nelson is certainly a star in the making with a handful of stage appearances since the hit TV show ‘Mongrels’ was first aired last summer and a second series about to screened.  I sit down nervously as he  brings his phone conversation to a close :“Of course darling, I would love you on the show, I will get my people to talk to your people, yes, Ciao ciao! ” And with that, he puts his Blackberry down on the table and the interview begins. 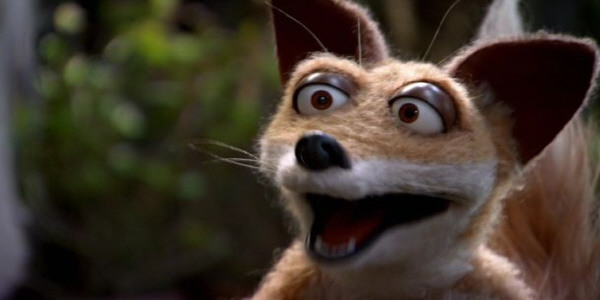 ZANI- Life seems good for you at the moment.  You appeared at the Comedy Proms and Edinburgh Festival, did you enjoy it and what is your general opinion of these events?

Nelson the Fox - If you had told me three years ago that one day I would be treading the boards of the Royal Albert Hall and the Edinburgh International Festival, would I have believed you? Yes, I would – I’m a natural fit for events of this stature.  That reminds me, must check to see if Hay-on-Wye has returned my emails.

ZANI- Would you like to do more live performances, and do you think you are a better performer than Basil Brush?

Nelson the Fox - I must say I do feel this is the start of a long stage career. I wouldn’t want to compare myself against either of the two great foxes – Basil or Fantastic Mr – but if you were to push me on the matter, yes, I’m a stronger performer.

ZANI- As we know, you met Basil Brush, and he seemed a little deranged, were you disappointed and do you plan to meet him again?

Nelson the Fox - After the show aired, I had a letter from Basil’s agent saying he’d had a terrible migraine that day. Apparently his migraines make him do the strangest things – denying the Holocaust and so on. But it taught me that, like they always say, you should never meet your heroes. Although, I would still rather like to meet Brian Cox. There isn’t any way you could fix that is there?

ZANI – If I get an interview with Brian Cox, then I will certainly invite you to join me.

Nelson the Fox – Thank you.

ZANI- Staying on live performances, is there any particular play you would like to appear in?

Nelson the Fox - It’s funny you mention that: I’m in the middle of writing a rather adventurous stage adaptation of “The Fox And The Hound”, and I did rather see myself in the leading role. I was thinking of getting Mat Horne to play the hound – not the best actor in the world, but he’ll draw the crowds in, you know?

ZANI- He sure does. So ‘Mongrels’ is back for season two, it goes without saying, you are pleased. What’s the difference between season one and two and what can the fans expect from the show? (Off the record, would you do a golden handcuff deal with ITV?) 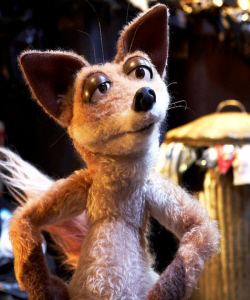 Nelson the Fox - Series two is a triumph. The team have done a fantastic job – by which I mean I have 4.2% more on-screen time. I think everyone will agree that’s what it needed. ITV – pah! Who do you think I am? Peter Andre?

ZANI- Another stunt you pulled was streaking at Twickenham at an England Rugby match, was that planned or a spur of the moment thing?

Nelson the Fox - I was just swept away in the moment. I would defend myself by saying it’s technically not streaking – given that I’m a fox and therefore don’t routinely wear clothes.

ZANI- True most foxes don’t wear clothes, but you are wearing a gold top hat. Anyway before ‘Mongrels’ became ‘Mongrels’ there were a few working titles, one of the early ones, was ‘I Nelson’ would you have liked to have kept that title or do you prefer the current title?

Nelson the Fox - I did fight hard for my name to be in the title – I pitched a number of extremely strong titles: “The Nelson Show”, “Nelsonorama” and “Nelson Night” all of which were unfortunately rejected.

ZANI- Ok, since foxes love chicken, how do you like your chicken, roasted, curried or fried?

Nelson the Fox - I make the most perfect Moroccan saffron chicken tagine – it’s essentially my take on a Nigella recipe, and its dinner party dynamite.

ZANI- Sounds good.  Do you think foxes get a bad press these days, described as pests and vermin, especially in the tabloids?  Is there anything you would like to say about that?

Nelson the Fox - It’s slightly distasteful to tar all foxes with the same brush. Sure, there are a few who cause a bit of a‘brouhaha’ by going through bins and fornicating in bushes, but they’re the minority. It’s like me taking a stance against all humans just because of Colonel Gadaffi, Robert Mugabe and Ross Kemp.

ZANI- Ross Kemp-like it. Your cousin Vince is certainly foul mouthed and likes a spot of trouble.  Were you two close when you were cubs and do you have any anecdotes from your youth with Vince that you would like to share with us?

Nelson the Fox - My goodness, this is like trying to write Vince’s Best Man speech all over again – it’s a little difficult thinking of an anecdote that’s suitable for a family audience! I guess there was the time when he… no, can’t really say that. How about when he… Actually, would you mind asking me another question?

ZANI- Is Destiny your dream companion and do you think you will ever win her heart?

Nelson the Fox - My dream woman would of course be Kate Middleton – although I gather she is now taken. As for the beautiful Destiny, I suggest you watch series two and find out for yourself whether or not I capture her heart. 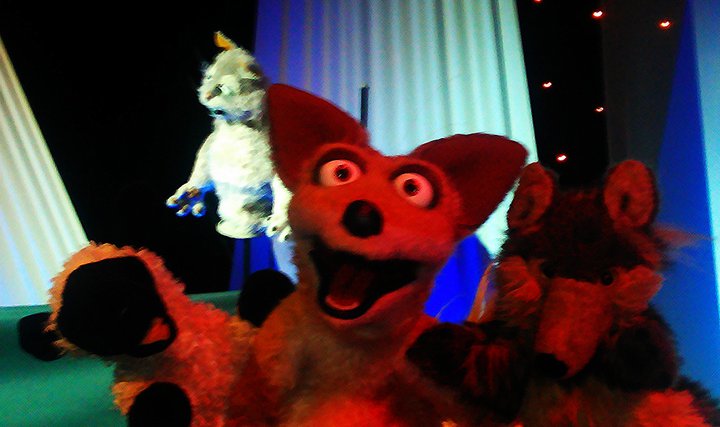 Nelson the Fox - No.

ZANI- How did your friendship with Marion come about? You have to admit he is pretty loyal to you.

Nelson the Fox - Ah, dear Marion. He pretty much just turned up here to be honest – but he’s become one of my closest friends – and, yes, he would do anything for me. Except go to the ballet – he won’t do that.

ZANI- What about Kali, do you get on with her?

Nelson the Fox - I’m contractually obliged to say that all five of us are extremely good friends. Even though she’s a violent, hate-filled, cynical, grudge-bearing psychopath.

ZANI- Were you born and bred on the Isle of Dogs? Because you have more of a Surrey accent than a London one, and what is The Lord Nelson pub like?

Nelson the Fox - You’re right – I’m not a native of Isle of Dogs, my family actually are from Chiddingfold. Lovely part of the world – it was the first place outside of London to get a Prêt a Manger. And The Lord Nelson – hmm. Do you know the way they’ve redone the Beaufort Bar at the Savoy? It’s pretty much the exact opposite of that. 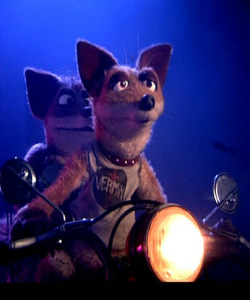 ZANI- Final question, with the winter nights drawing in, what is your ideal cosy night in?

Nelson the Fox - Nothing too fancy, you know – just a nice warm fire and my ‘Wonders of the Universe’ DVD, and a glass of 1982 Chateau Haut Brion Pessac-Lognan.

Sounds ideal, and with this the interview is bought to a close, Nelson asks for the bill and insists I don’t pay. Which is nice, considering I haven’t even had so much as a cup of tea. I watch Nelson leave the hotel with a strong swagger and an air of confidence. I notice the waiter that greeted me breathe a huge sigh of relief. He walks over to the table to clear Nelson’s mess, and as I depart I say “You better get used to it mate because that particular fox is here to stay”.